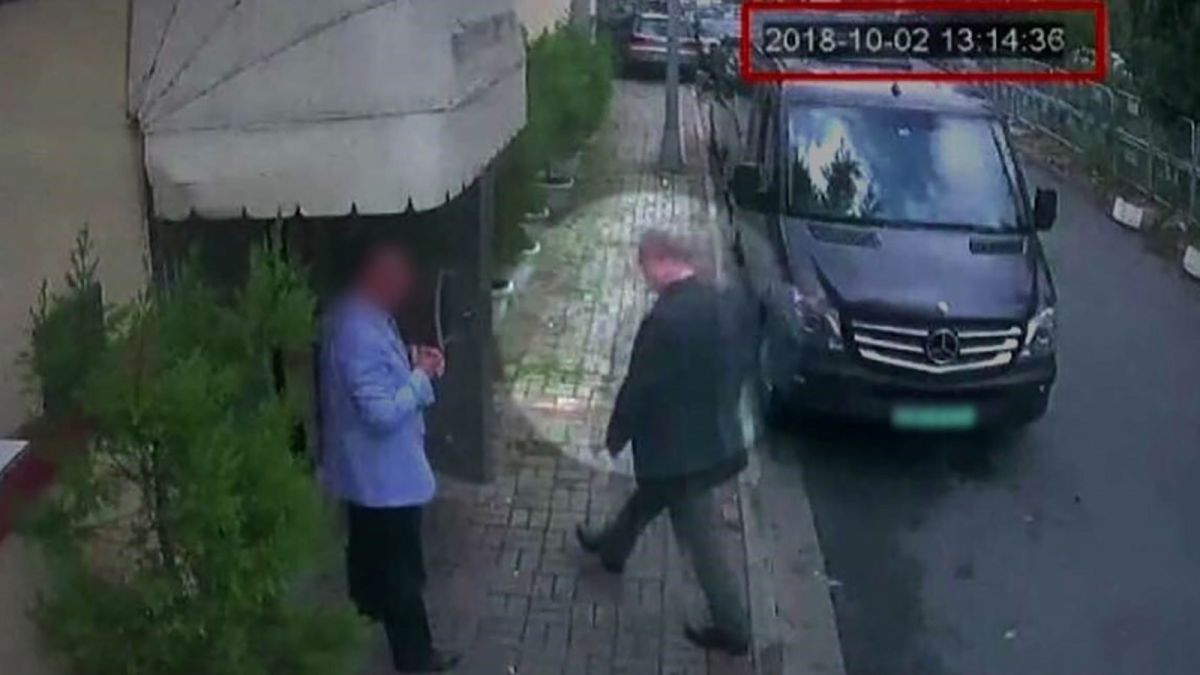 A man appearing to wear journalist Jamal Khashoggi’s clothes left the Saudi Consulate in Istanbul following his killing there, according to a surveillance video, while a member of Crown Prince Mohammed bin Salman’s entourage made four calls to the royal’s office around the same time, reports said on Monday.

The reports by CNN and a pro-government Turkish newspaper came just a day before Prince Mohammed’s high-profile investment summit is to begin in Riyadh and Turkish President Recep Tayyip Erdogan has promised that details of Khashoggi’s killing “will be revealed in all its nakedness”.

Th reports add to the pressure Saudi Arabia faces over the slaying of The Washington Post columnist.

The kingdom’s claim on Saturday that Khashoggi died in a “fistfight” were met with international scepticism and allegations of a cover-up to absolve the 33-year-old crown prince of direct responsibility.

Turkish media reports and officials maintain that a 15-member Saudi team flew to Istanbul on Oct 2, knowing Khashoggi would arrive for a document he needed to get married.

Once he was inside the diplomatic mission, the Saudis accosted Khashoggi, cut off his fingers, killed and dismembered the 59-year-old writer.

CNN aired surveillance footage on Monday showing a man in Khashoggi’s dress shirt, suit jacket and pants.
It cited a Turkish official as describing the man as a “body double” and a member of the Saudi team sent to Istanbul to target the writer.

The man is seen in the footage walking out of the consulate via its back exit with an accomplice, then taking a taxi to Istanbul’s famed Sultanahmet Mosque, where he went into a public bathroom, changed back out of the clothes and left.

The state-run broadcaster TRT later also reported that a man who entered the consulate building was seen leaving the building in Khashoggi’s clothes.