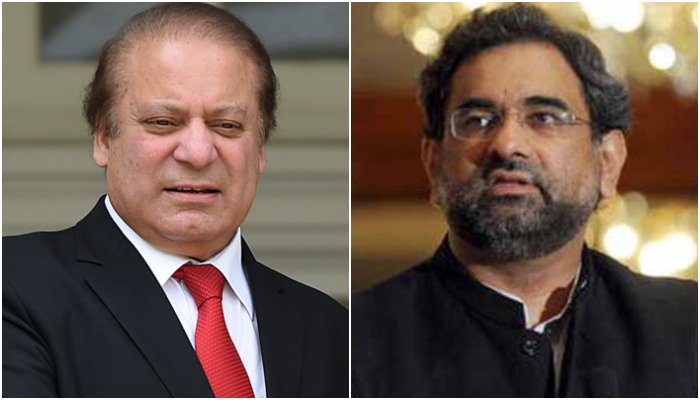 Former prime ministers Nawaz Sharif and Shahid Khaqan Abbasi on Monday refuted treason allegations against them as ‘unimaginable’ and ‘baseless’ in their replies submitted to the Lahore High Court (LHC).

The bench had directed the former premiers to submit a reply in court today regarding the case.

Nawaz in his reply submitted in court after consultations with his legal aides stated that “an allegation as grave as treason is unimaginable”.

“In my head, several questions are being raised as to whether the Pakistani nation is also treacherous and whether the patriotism of the millions who voted me into power is also questionable,” Nawaz said in his reply.

“I belong to the family which migrated for Pakistan and this country’s soil is more valuable to me than my life,” he added.

Meanwhile, Abbasi also submitted his reply and said the allegations against him were “false, baseless and based on lies”.

“I did not speak to Nawaz regarding the National Security Council (NSC) meeting and only discussed party matters with him” Abbasi stated in his reply.

The former premier further said, “The news report mentioned in the petition is also factually incorrect.”
During the hearing today, former premier Abbasi appeared before the bench but Nawaz failed to.