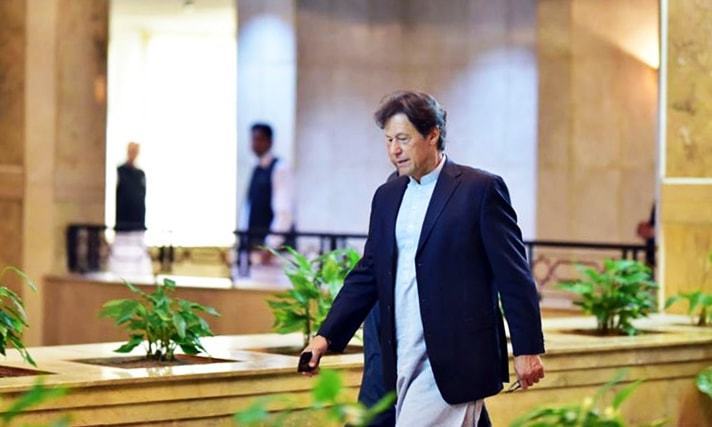 The premier, who is visiting the kingdom on the special invitation of King Salman bin Abdel Aziz, will attend the ‘Future Investment Initiative’ (FII) conference. The conference, termed “Davos in the desert”, will host leading businesspersons, investors, corporate giants, representatives of hi-tech industry and major media outlets at one platform, the Foreign Office earlier said in a press release.

PM Imran’s participation on the first day of the conference is aimed at projecting Pakistan’s economic and investment potential as well as its vision for the next five years.

The conference provides an opportunity to interact with important business leaders who are interested in investing in Pakistan, the press release stated.

The premier will also call on King Salman and meet Crown Prince Muhammad Bin Salman. Matters of mutual interest will be discussed.

The FII conference is now an annual feature in Saudi Arabia. The first FII was held last year, with participation of 3,800 people from 90 countries. This year’s conference is also likely to attract participation from a large number of leading figures.

PM Imran’s participation in the conference signifies our solidarity with the Kingdom in its efforts to become an emerging hub of international business and investment, the press release added.
The prime minister last toured Saudi Arabia on September 18.