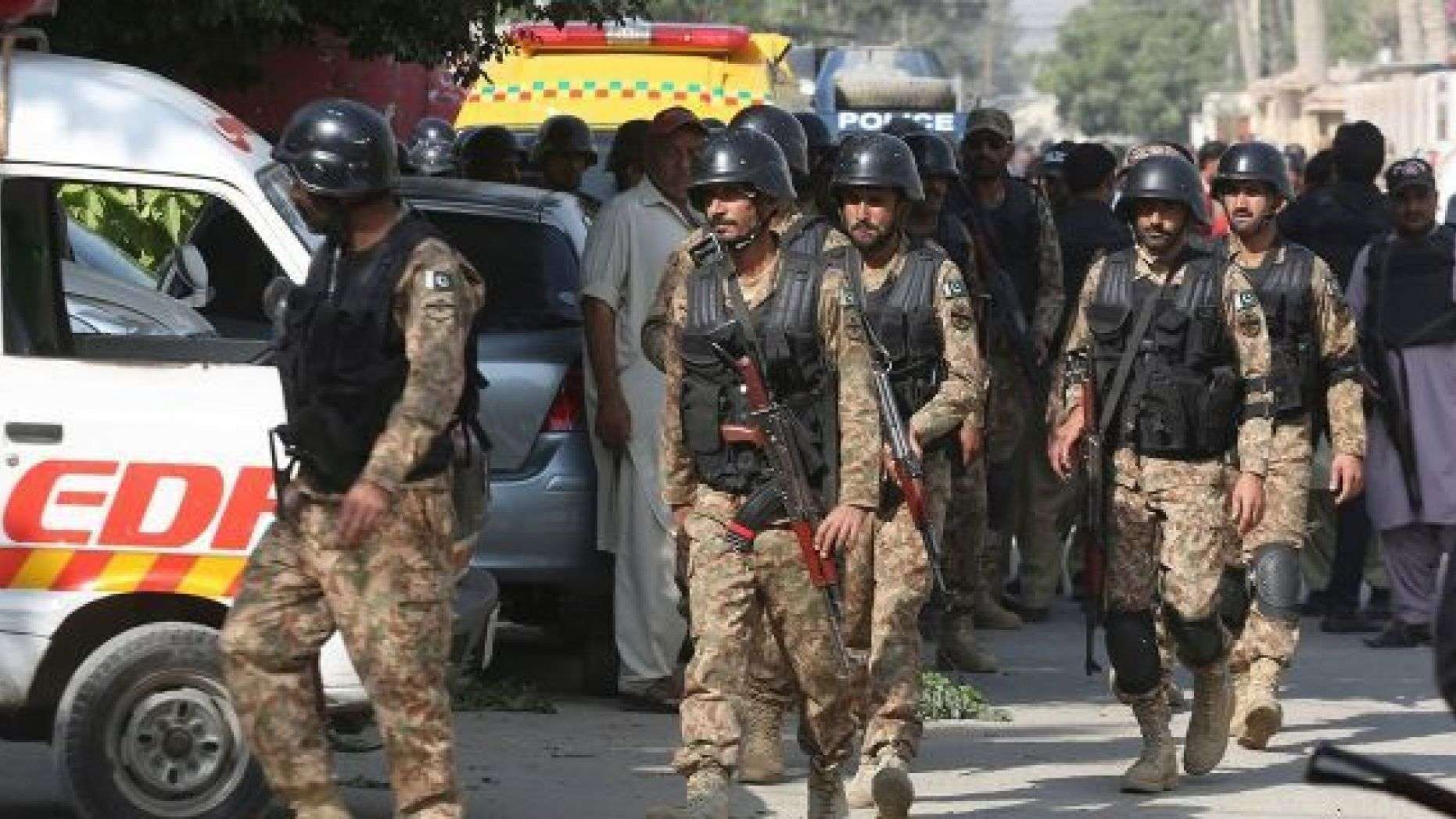 Three gunmen armed with hand grenades and suicide vests stormed the Chinese consulate in Karachi on Friday and exchanged gunfire with security forces who shot them down.

According to sources, those who carried out the attack have been identified. The first attacker has been identified as Razzaq, a resident of Kharan, claimed sources.

The terrorists tried to enter the consulate around 9:30am, but were intercepted by security guards at a checkpoint, police said.
Two policemen, ASI Ashraf Dawood and Constable Amir, were martyred in the operation to foil the attack. Two civilians, a father and a son who had come from Quetta for visas, were also killed, police said after reviewing initial information. A security guard was critically injured.

Three suicide jackets were seized from the site. At least one of the attackers was wearing a suicide vest which did not detonate, a senior police official said.

A CCTV footage obtained by the authorities showed the attackers, dressed in shirts and trousers and carrying guns, walking towards the consulate and firing shots. Another footage showed the gunmen hurling hand grenades at a police checkpoint, before they tried to cross the barrier.

Police seized the car which the terrorists purportedly arrived in. The car, a white 2006 model, was registered by a resident of Nazimabad area of Karachi. It had been sold six years ago. CPLC records showed that the car had not been stolen, sources said.

The terrorists would be identified soon with the help of forensics, the authorities said, adding that they were also investigating claims that the gunmen belonged to a separatist group.