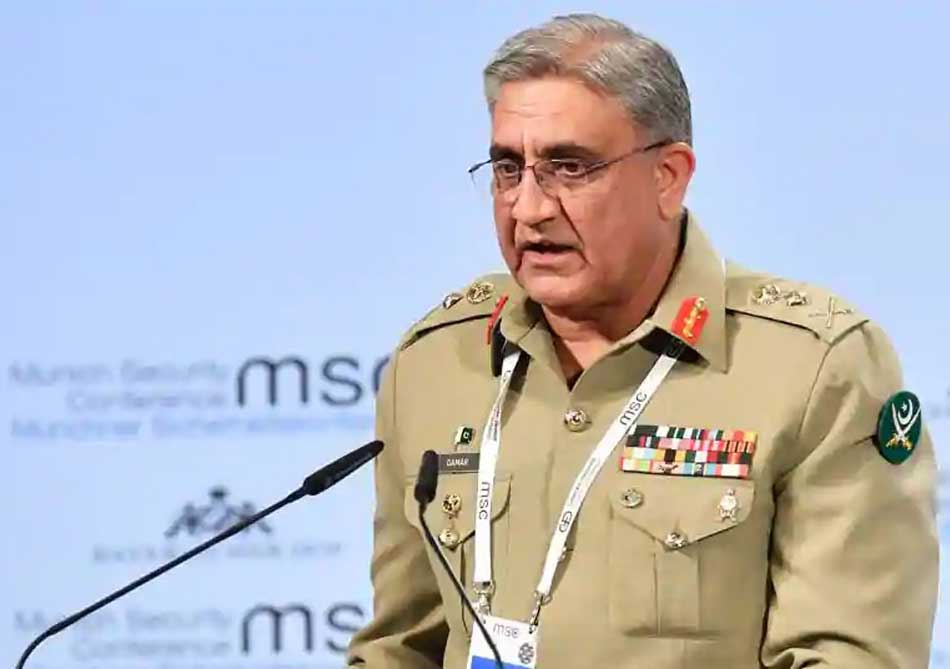 Chief of Army Staff General Qamar Javed Bajwa on Friday said the war against terrorism and militancy is not over yet.

The army chief’s statement came during a visit to Multan Garrison where he witnessed training demonstration on combat readiness by an armour formation of the strike corps. Bajwa warned that certain elements are again trying to draw the country into a confrontation, said a statement by the Inter-Services Public Relations (ISPR).

The army chief further said that the state shall not let such elements act “whether in the name of religion, ethnicity or any other pretext”.

General Bajwa underlined that an army deters war through professional competence and readiness, the military’s media wing, ISPR said. Referring to the current war on terror, the army chief explained that the phase of kinetic operations has ended and now the focus has shifted to stability operations.

The army chief added that the Pakistan Army shall support socio-economic development, enabling the people to reap dividends of the improving security situation. “After kinetic operations we are now in the phase of stability operations. War against terrorism and militancy is not over yet,” the army chief said.

“Besides kinetic efforts we have to take on measures to address the root causes while staying cognisant of inimical forces and foreign hostile agendas. Within the folds of national action plan we shall support national focus on socio-economic development so that people of Pakistan reap dividends of improving security,” he added. COAS said that peace, stability and progress of our country is contingent upon rule of law by all.

COAS also interacted with officers of Multan Garrison and shared his thoughts on security situation of the country, challenges and the response.

On the occasion, the COAS also witnessed training demonstration on combat readiness by an armour formation of the strike corps and underscored that an army deters war through “professional competence and readiness”.