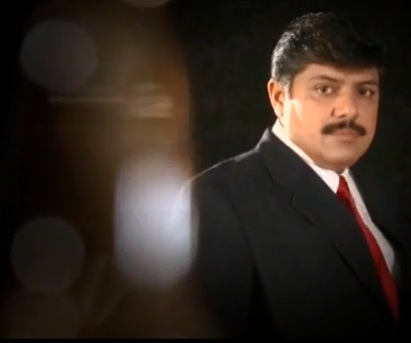 As the Indian Pilot is handed back to India the tensions at Jammu Kashmir LOC are again escalated by the coward Indian forces are bombing and shelling killing peace.

But as the matter of fact there is de-escalation on its voyage to be adopted as the tensions now are very minor.

Without having any agitation started from the side of Pakistan The Indian forces are obnoxiously targeting the civilian territories it was reported that at the Line of Control firing by Indian Army did not stopped whole night.
India is exhibiting the venom it possess and how ungraceful she is her violent actions are augmenting aggression in Pakistani Nation this Indian mindset is infringing peace in the region.
Indian troops with heavy weapons “indiscriminately targeted border villagers” along the LoC they are totally in mood of betrayal if they continue this ferociousness then Pakistan might adopt the options to curb them

Kashmiri people are protesting against this deplorable situation created by Indian Army they are violating the human rights to high extent and the atrocities these people face are condemnable.

Sane and good sense should prevail on the architectures and escalators of this man made tragedy, they need to shun the denial veil and stop parroting the “Integral Part” rhetoric. Get to the base reason for this catastrophe in waiting,

One is in search of his prey to quench his bloody thirst and make the most of the circumstances occur whereas alternative in similar conditions offers his assist to the suffering masses no matter their forged, creed, faith or region.

Pakistan treated the pilot of enemy with luminous hospitality they get him aid, treatment and Tea rescuing him from being lynched.

So firstly we have to go where it all started from Benjamin Netanyahu visited India and also sent his correspondent to Pakistan with proposal that Israel should be accepted by Pakistan.

But The Enigma Pakistani Politicians are compelled with that whosoever this will get declared as traitor and his party would be banned.

On the refusal Netanyahu has ascended grudge for Pakistan and with this in mind He went to join hands with India. He was aware of Modi’s previous history that He is butcher, who gets happy by emitting chaos and overt in doing massacre.

Modi’s Election was based on Anti-Muslim stance and statements. Muslims are second majority in India and there is extremist government in power which is very aggravating for muslims.

Modi knew that elections are very close so He hit the melodrama of Palwama where 40 Indian soldiers got killed. Modi himself planned and operated this mission of killing their own men taking its allegation on Pakistan. When international media and forensic teams came there they with keen research declared that Pakistan does not have any link with this attack.

Netanyahu handed over Modi some Jets which are of that advanced technology that they can’t be seen in radar.

They invaded and declared that we have killed 300 people in Pakistan by dropping thousand kilogram of explosives at Balakot but when it was checked there were some trees destructed. Then Pakistan was stressing on negotiation and talks but India has to do political point scoring with their enmity. They again sent  two jets which Pakistan’s Air force shot down and triggered one pilot alive whose video messages got viral.

At that time Modi realized that things are gone wrong and India is facing the music he got madly aggressive, He has to do something very serious so India fitted two nuclear missiles having target of Multan and Faisalabad which were operationalized to destroy within 5 minutes. ISI revealed this that Multan and Faisalabad are being targeted by India, in their report as our surveillance and coordination is considered best in the world.

When Pakistan get to know this Pakistan also fitted nuclear missiles  on the target of their four places.

Prime Minister Imran Khan and Chief of Army staff General Qamar Javed Bajwa conveyed this matter through American Ambassador to American President Donald Trump that we are on the verge of war as the things got this much exacerbated and we are going to initiate this as it was being done firstly by India and India has violated our sovereignty . When this message reached to Trump He attentively became part of these negotiations and requested for settlement to both countries as its impacts will make the modern era face doldrums

Then with involvement of America these missiles were backed off and these short tensions will be seen for a while but the alarming situation of war has gone away. Three countries China, Russia and Turkey stood with Pakistan and offered all kind of support.

Role of our valorous Army Personnel’s in this situation was exemplary their passion and confidence was maintained to highest extent.

“I must mention that such luminous, resilient   consolidation and bonding of civil-military has never seen before the Strategies with which Pakistan dealt to coup conundrums are to the bench marks”

Neighboring countries were calculating that how much set back they will be facing after this war they were assessing the vast and wide deterrence in the result of this war. With this involvement of U.S the matters got settled and both countries backed off from war.

Returning back Abhi Nandan to India was also part of this settling ties struggle that is recognized worldwide. Modi’s Election is safe and He is going to win upcoming election in India his card failed but He is about to make this win for sure. He back lashed it but Hindus repeat quetching after electing a middle man to this top notch position

In this wholesome Pakistan’s reputation in the world has emerged to be increasing positively but India descended her  repute due to extreme irresponsibility. Internationally Pakistan’s image has been receiving appraisal of a laudable state having dynamic sense of tackling sensitive matters.

The Writer is a senior journalist who has been doing journalism since two decades He is a political commentator an analyst who knows the gimmicks behind International politics and He has excellent command on the issues regarding  terrorism. 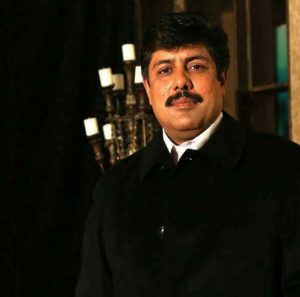