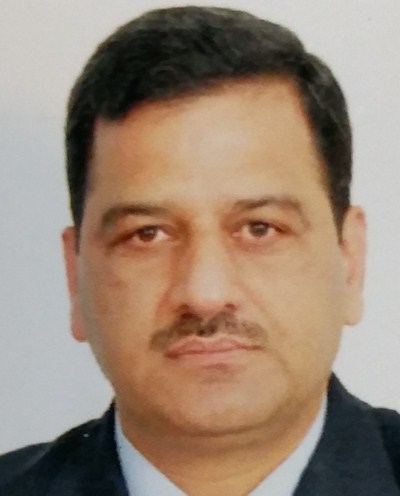 The term “terrorism” comes from French terrorisme, from Latin: terror, “great fear”, “dread”, related to the Latin verb terrere, “to frighten”. The terror cimbricuswas a panic and state of emergency in Rome in response to the approach of warriors of the Cimbri tribe in 105 BCE. According to Myra Williamson, “The meaning of “terrorism” has undergone a transformation. During the reign of terror a regime or system of terrorism was used as an instrument of governance, wielded by a recently established revolutionary state against the enemies of the people. Now the term “terrorism” is commonly used to describe terrorist acts committed bynon-state or sub national entities against a state.”

In the contemporary world, there is no universal agreement on the definition of terrorism. Various legal systems and government agencies use different definitions. Moreover, governments have been reluctant to formulate an agreed upon and legally binding definition. These difficulties arise from the fact that the term is politically and emotionally charged. In the United States of America, for example, Terrorism is defined in Title 22 Chapter 38 U.S. Code § 2656f as “premeditated, politically motivated violence perpetrated against noncombatant targets by sub national groups or clandestine agents.”

For self serving purposes, the following criteria of violence or threat of violence fall outside of the definition of terrorism:

Closer to home in Central and South Asian (CASA) Region, the term terrorism got widely and specifically introduced after fateful incident of attack on World Trade Centre New York on 9/11, 2001 and subsequent invasion of Afghanistan by USA and allies to eliminate Al Qaeda. Ironically, along with AQ, Afghan Taliban who were then ruling Afghanistan came to be re-designated as terrorists; they were otherwise US, Pakistan and Saudi’s most allied Mujahedeen or holy warriors of yester years in defeating former Soviet Union. That says a lot about the politics of expediency and most hypocritical and selective application of term terrorism by states that call the global shots; and refrain from universally acceptable definition of term ‘terrorism’. Nevertheless, after demise of Warsaw threat in 1992, the coining of this term terrorism has helped the West led by USA to undertake a new crusade against Muslim countries with some economic and military potential to be effectively pulverized by being the judge, jury and executioner in one entity. Massacre of millions of Muslims and comprehensive destruction of countries and societies in the name of terrorism has been accepted by fait accompli by weak and meek Muslim countries and organizations like OIC and GCC, while UNO remains a rubber stamp like erstwhile League of Nation. Kuwait, Iraq, Syria, Afghanistan, Libya, Yemen, Sudan, Somalia, (even Pakistan and Iran) can be cited as few examples among the Muslim countries. Needless to mention that it served American and allies to keep NATO alliance intact and their ever improving and well earning defence industries blooming; thus, enabling global military and economic domination through Breton woods institutions. Hence, colonialism just got renewed in a different form after 2nd World War.

However, under new businessman president Trump, based on carefully worked out cost benefit analysis, USA appear to have realized that is time to hand over the left over job if any to the regional friendly countries on the old British principle of divide and rule i.e. KSA versus Iran, India versus Pakistan, South Korea/ Japan versus North Korea, Philippine, Japan, India, Australia versus China and farther away regime changes attempts continue in South and Central American region. It is quite evident that most of the planned missions in Western strategic calculus have obviously been accomplished well in the last almost two decades, and coming back full cycle, American deep state is now focusing back on resurgent Russia and emerging China as two main threats including domination of lines of communications, and cyber and outer spaces as new arenas for fresh strategic competition.

India has proven her special knack for aping America and Europe in every walk of life and having successfully imbedded sufficient human resource in almost every sphere of life in the West in the last thirty years, is now considering herself well poised to pursue dream of Greater India by synchronizing Western and Indian narratives especially in the CASA region. India effectively used American and allies’ narrative of terrorism to unleash most heinous state terrorism in Indian occupied Kashmir against the Muslims as repeatedly verified and condemned by UN Human right commission. Besides, India used the same pretext for brutal suppression of Muslim, Sikh, Christian and even Dalits all over India with international conscience either sleeping or turning a blind eye to such grave human rights violations. Despite sharing of confirmed intelligence for Indian nexus with some regional and extra regional countries for launching proxies in Pakistan from three directions, regrettably it is Pakistan that remains under criticism and undue scrutiny for alleged and unproven sponsoring of terrorism in India that otherwise does not allow even a dove to cross the international borders or the line of control. Even the most recent escalation along the line of control and cross borders incursions by India, have unfortunately been blamed on Pakistan by some American-Indian writers working in print media and Western think tanks; thus not only undermining the repute of such magazines, papers and think tanks, but also dangerously contributing in shortening the escalation ladder between two nuclear armed states by misleading the public as well as decision makers. Such crazy elements are considered more dangerous than Paul Joseph Goebbels who was a German Nazi politician and Reich Minister of Propaganda of Nazi Germany from 1933 to 1945. Equally dangerous are the powers that are supporting the political, military and clandestine fanatic nationalist agenda of Modi/ BJP.

As two wrongs do not make one right; likewise, hundred lies do not make one truth. Pakistan’s greatest sacrifices and successes against multi directional war unleashed as terrorism on its borders as well as within the country is a reality that can neither be denied nor needs any certification. The triumph based on a heavy human, economic and psychological cost has made Pakistani nation and Pak Armed Forces even more resilient and stronger. The focus is now gradually shifting to cleansing of society from extremists and radicals that does not need distractions by India and her sinister allies. Like borders region, Pakistan Armed Forces and intelligence agencies will In-Sha-Allah win this war too; meanwhile, it is for the perpetrators of despicable regional and global agendas and nefarious game planers to rethink their policies that give birth to reactive response within their states as a result of their state terrorism.

Saleem Qamar Butt, SI (M) is a retired senior Army officer with rich experience in Military & Intelligence Diplomacy and is a writer and consultant on Strategic Analysis for many newspapers, magazines and Pakistan Television Network. (Mail:sqbutt61@gmail.com, Website: www.sqbutt.com )

OUTCOME BASED EDUCATION (OBE) IS SYNYNOMOUS WITH PROSPEROUS PAKISTAN