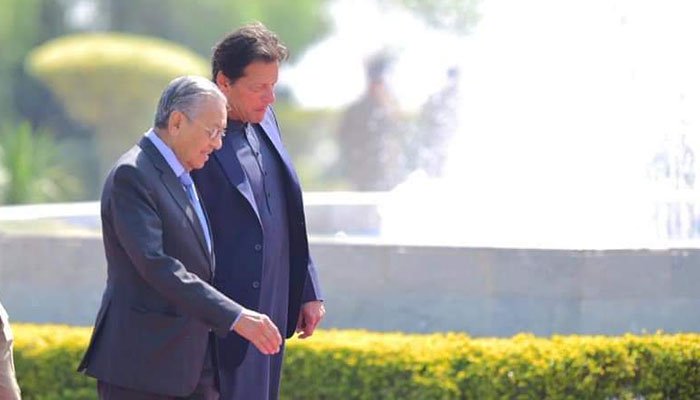 Umar said the visiting delegation sought participation of JF-17 Thunder aircraft in a defence fair to be held in Malaysia in the near future.

The finance minister said both sides agreed on business and investment worth hundreds of millions of dollars in diverse fields.

Malaysia would import Halal meat and rice from Pakistan, while the two sides also agreed to open branches of their banks in the two countries, he added.

A day earlier, Prime Minister’s Adviser on Commerce and Textiles, Industries and Investment Abdul Razak Dawood had said Pakistan expects investments of US $900 million during the Malaysian prime minister’s visit.

The investments would come in different sectors of the economy including telecoms, information technology and food, he had said, adding that Pakistan and Malaysia would be interested in promoting business to business relations and would also strengthen ties between their private sectors for tapping investment opportunities.