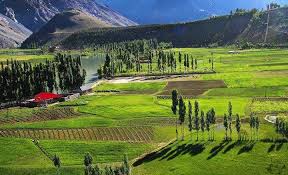 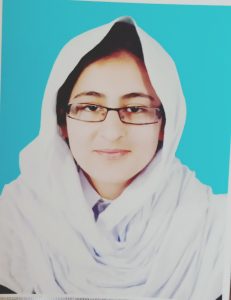 Recently the decision has been made for tourism in KPK by PM is the preeminent initiative to take loans from world bank for the development and promotion of eye-catching views in KPK. If such kind of strategy would be presented for GB which will become more beneficial for the state. Tough, tourism contributes to the huge chunk of the economy particularly those states which are developing. In this respect, Gilgit Baltistan is also considered as a part of paradise which is full of a glimpse of God. This part of the country encompasses the home of fresh water, biodiversity, gemstone and minerals resources. It is heaven for mountain-lovers, explorers, adventurers, and researcher, from all over the world as it contains three different gigantic mountain series i-e Karakorum, Hindu Kush, and Western Himalayan range evenly the world second-largest mountain K-2 (8,612 meters) also located in this region. GB is famous for cultural diversity, mountain ranges, world largest glaciers outside the polar region.

Gilgit Baltistan is the amalgamation of majestic natural attractiveness in places i-e Deosai National Park, Rama Lake, Domail valley, Atabad Lake, Naltar valley, as well as historical viewpoints including the Altit and Baltit Fort in Hunza. These are only renowned places beyond this there are many hidden dreamlands in the region which need to be unveiled

Intriguingly, the government although has been put their little bit efforts to introduce and instigate the Rama Festival first time in 2013 which helped the people to find new scenery of beautiful landscapes in Astore. Rama is 110 kilometres from Gilgit which administrative capital of the region. According to various sources, more than 25,000 people attended the event. From this episode, primarily Rama successfully gets attention at the local level but not at the national level. If the government facilitate and cultivate this area and put down chairlifts. Built metal roads, well establish hostels, transport service, etc. which will lead to easy access, provide comfort and utilized by people. The administration must be diverted its attention from well-known places to explore fresh pieces of landscapes in such region

The tourism sector is being neglected by the successive government in the region which is a great fault of the government. Not only Gilgit-Baltistan’s economy is being boost through tourism but, its culture is also getting promoted through it. GB has fertile soil and its economic dependence is based on the selling of fruits and vegetables. But unfortunately, the political and social issue i-e sectarian conflicts reduced the inflow of tourist in Gilgit Baltistan. In 1998 the influx of tourists was 1,13,399, in 2002 only 2000 were in number and 2,544 in 2009. Basically, these statistics show the downfall of tourism in GB. Tourism is a grand strategy through which a state can gain more with less expense.

So, the government of Pakistan should allocate more funds in this sector, especially for GB. The Federal government not only focuses on the few famous places but should find out more and more tourist attractive places in Pakistan. The government and the local organizations need to play their role in the rehabilitation of historical places where a large number of tourists can be attracted due to the uniqueness of places. Along with this, the new visa scheme is also one of considerable achievement of management. Such incentive can be good catalysts for Imran Khan’s tourism boosting manifesto. If there would be established peace, then it will only valuable for outsiders but also the indigenous people as well.