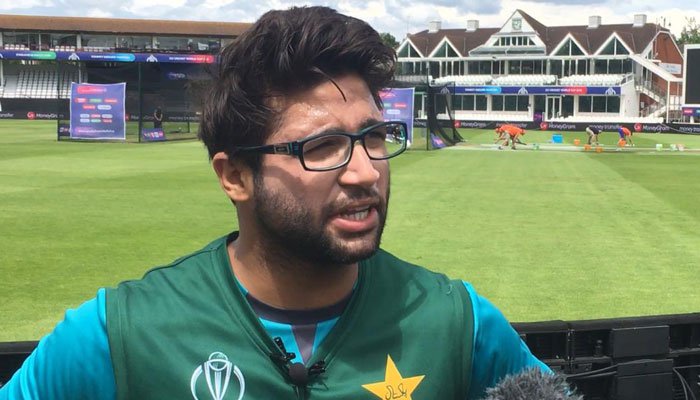 TAUNTON: Pakistan’s young opening batsman Imam ul Haq has said that he doesn’t see Australian pacer Mitchell Starc as a threat, in fact, he is excited to face a bowler like him.

The 23-year old Pakistani opener said that his side is well prepared to face Australia’s bowling attack in the World Cup match to be played at Taunton on Wednesday.

“Starc isn’t a threat. In fact, I am excited to face him. Same was said about Archer and Woods. I have played Rabada in more difficult conditions. You can’t say a bowler is threatening. I try to prepare according to my strength instead of bowlers’ strength,” he said.

Imam added that the result of Pakistan’s bilateral series against Australia will not reflect on Pakistan’s performance in the game on 12th June.

“Loss to Australia in the ODI series is not on our mind, we have good morale and players are highly confident. We have been preparing for the World cup. It is all about self-belief, the results of Australia series won’t have any impact on this match and it will be a new game,” he said.

“You need to beat top teams if you want to play World Cup final. 2 points against SL were important. If we want to play the world cup final, we will have to beat Australia and other bigger teams. It also boosts your morale,” Imam highlighted.

The young batsman is also aware of the fact that one good performance in the tournament can make him, or anyone, a hero overnight and he’s looking forward to giving his best.

But, Imam adds that for him every game – world cup or no world cup – is important and he aims not to let down supporters of Pakistan team whenever he’s in the middle.

The opening batsman says his target as an opener is not to lose his wicket, at least in first ten overs, and give Pakistan a solid start and then try to play total 50 overs so that team can post a big total.

“If you see, teams have succeeded in world cup only when the top three players have done well. If your openers do well, then you’re 95% in good. We try not to give wicket in first ten overs and then once you’re set to try to play full 50 overs so that it gives a platform to the team,” he said.

“Everyone learns from mistakes. It is also part of every walk of life. I never said that I don’t make mistakes, but I always try to learn from them and not to repeat them again,” he aimed

“For me all teams are equal, India Pakistan match is a bigger match for the world but for me to prepare for India’s game is not different from preparing for Afghanistan’s game because all the teams in the world cup are top-level teams,” he said.

The young batsman who averages above 57 in 30 ODIs is usually criticized back home, mainly because his of his relation with Pakistan’s chief selector Inzamam ul Haq.

Many usually get demoralized by such harsh criticism, but Imam says that such talks only make him stronger and motivates him to do more hard work.

“Criticism is part and parcel of the game and it goes with your life. I keep my focus on cricket and World Cup where I m trying to give my best. For me, it is important to give my maximum for the team,” he said.

“Being a human being, it is natural to feel hurt by the criticism, but it has made me a strong character. I am more mentally stronger. It has encouraged me to do more hard work,” Imam added.