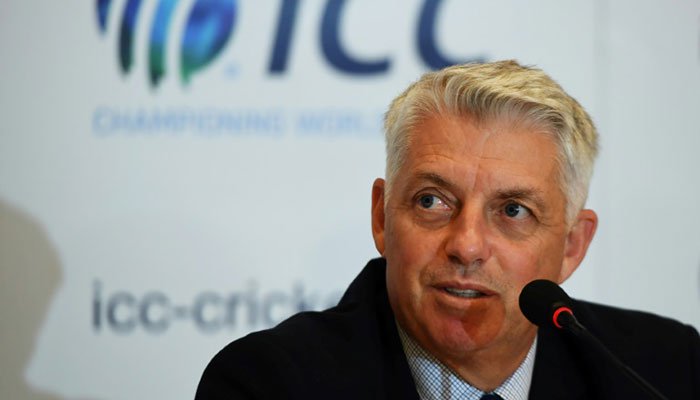 The International Cricket Council Cricket World Cup CEO David Richardson expressed his reservations over including a reserve day for every rain-hit match of the tournament, as it ‘would significantly increase the length of the tournament and practically would be extremely complex to deliver’

In a statement issued on the ICC website, the CEO said that the reserve day will have an impact over pitch preparation, team recovery and travel days, accommodation and venue availability, tournament staffing, volunteer and match officials availability, broadcast logistics and very importantly the spectators who in some instances have travelled hours to beat the game.

“There is also no guarantee that the reserve day would be free from rain either,” he said. “Up to 1200 people are on site to deliver a match and everything associated with it including getting it broadcast and a proportion of them are moving around the country so reserve days in the group stage would require a significant uplift in the number of staff.”

Richardson said that knowing that over the course of 45 group games we should play the large majority, reserve days are factored in for the knock-out stages

The chief said blamed the unusual weather condition for the match abandonment.

“We have experienced more than twice the average monthly rainfall for June which is usually the third driest month in the UK. In 2018 there was just 2mm of rain in June but the last 24 hours alone has seen around 100mm fall in the south-east of England.”

All PSL-5 matches to be played in Pakistan: PCB’s Ehsan Mani

Africa hopes stars can shine in Egypt after officials cause shame