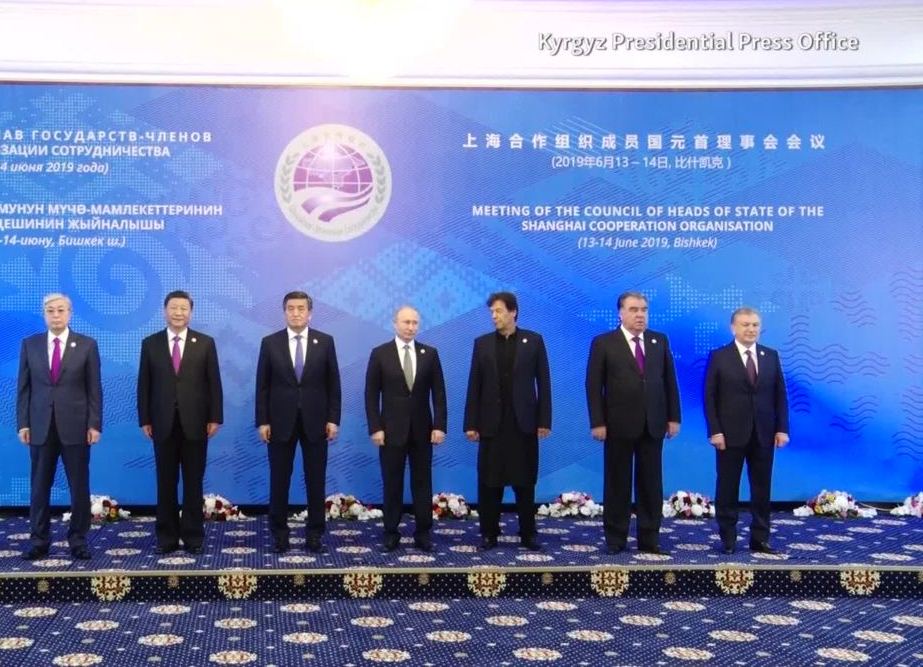 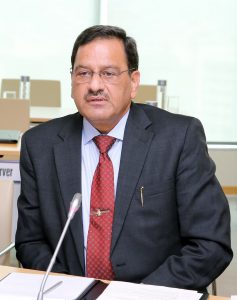 The Shanghai Cooperation Organization (SCO), or Shanghai Pact, is a Eurasian political, economic, and security alliance, the creation of which was announced on 15 June 2001 in Shanghai, China by the leaders of China, Kazakhstan, Kyrgyzstan, Russia, Tajikistan, and Uzbekistan; the Shanghai Cooperation Organisation Charter, formally establishing the organisation, was signed in June 2002 and entered into force on 19 September 2003. The original five nations, with the exclusion of Uzbekistan, were previously members of the Shanghai Five group, founded on 26 April 1996. Since then, the organisation has expanded its membership to eight countries when India and Pakistan joined SCO as full members on 9 June 2017 at a summit in Astana, Kazakhstan. There are four countries with observer status i.e. Afghanistan, Belarus, Iran and Mongolia; whereas, Armenia, Azerbaijan, Cambodia, Nepal, Si Lanka and Turkey are still having status of dialogue partners. The guest attendance includes ASEAN, CIS, UN and Turkmenistan. The Heads of State Council (HSC) is the supreme decision-making body in the SCO, it meets once a year and adopts decisions and guidelines on all important matters of the organisation. Military exercises are also regularly conducted among members to promote cooperation and coordination against terrorism and other external threats, and to maintain regional peace and stability. The SCO is widely regarded as the “Alliance of the East”, due to its growing centrality in Asia-Pacific, and has been the primary security pillar of the region. It is the largest regional organisation in the world in terms of geographical coverage and population, covering three-fifths of the Eurasian continent and nearly half of the human population.

SCO has three main components i.e. political, economic and security that in a way is considered an apt response to EU and NATO with USA in the leadership role. The United States applied for observer status in the SCO, but was rejected in 2005. At the Astana summit in July 2005, with the wars in Afghanistan and Iraq foreshadowing an indefinite presence of U.S. forces in Uzbekistan and Kyrgyzstan, the SCO requested the U.S. to set a clear timetable for withdrawing its troops from SCO member states. Shortly afterwards, Uzbekistan requested the U.S. to leave the K2 air base. The SCO has made no direct comments against the U.S. or its military presence in the region; however, some indirect statements at the past summits have been viewed by Western media outlets as “thinly veiled swipes at Washington”. However, Western observes comment that “institutional weaknesses, a lack of common financial funds for the implementation of joint projects and conflicting national interests have prevented the SCO from achieving a higher level of regional cooperation”. Nevertheless, just concluded (12-14 June 2019) SCO Summit in Bishkek, Kyrgyzstan has demonstrated SCO as a reinvigorated regional alliance ready to face ominous military threat due to US/ Allies’ military build-up in the Gulf with focus on Iran, but with greater ramifications for the whole region.

USA paid a lot of heed to her former national security advisor and political scientist Zbigniew Kazimierz Brzezinski’s book “The Grand Chessboard: American Primacy and Its Geo-strategic Imperatives” (1997) who termed the landmass of Eurasia as the centre of global power, and formulated a Eurasian geo-strategy for the United States focusing on the exercise of power on the Eurasian landmass in a post-Soviet environment making good use of Halford J. Mackinder’s Heartland Theory. In particular, he wrote, “it is imperative that no Eurasian challenger should emerge capable of dominating Eurasia and thus also of challenging America’s global pre-eminence. According to Brzezinski, “whosoever controls Eurasia landmass, will dominate the world; and key to Eurasia is Central Asia”. That explains US and allies’ invasion of Afghanistan in 2001 and SCO’s evolution in the same year. While USA regards China as a leading global economic competitor, resurgent Russia remains her primary military challenge on the global horizon. China led SCO and Russia led Collective Security Treaty Organisation (CSTO) has gradually got good traction as an effective counter balance to American Asia Pivot renamed Asia-Pacific Rebalancing policy, that gave India strategic primacy in the region to take care of China and Pakistan, which is playing the key role in realisation of Chinese greatest economic and security connectivity programme called Belt and Road Initiative (BRI) involving more than 60 countries and an investment of over a trillion dollars.

I had the singular honour of first representative of Pakistan in the SCO Security Forum held in Beijing in early 2005 that paved the way for Pakistan’s invitation at the summit level in later part of the same year. Later on, from 2007 to 2010, I got another honour to be the Defence Advisor in Central Asian Republics( Kazakhstan, Kyrgyzstan, Uzbekistan) , that not only helped in developing very strong and cordial military to military relations with all CARs and Russia, but also helped in developing and projecting greater understanding of SCO and CSTO’s potentials and urging the Government of Pakistan to make serious efforts to be permanent members of both the organisations for comprehensive security and economic interdependence and mutual pursuance of common regional as well as respective national security interest. It is a matter of great satisfaction, that consistent efforts led by military diplomacy and followed by political diplomacy have yielded positive results, with Pakistan now being permanent member of SCO and membership of CSTO around the corner, with just concluded outreach by Pakistani Prime Minister to Russian President for security cooperation and arms buying, which is prone to allow Pakistan to utilize leverage of both CSTO and SCO. Needless to say, both SCO and CSTO not only provide joint security umbrella to the member countries but also present greater opportunities for regional connectivity, cooperation, interdependence, conflict resolution, economic interaction especially in the fields of science and technology, defence production, energy, education, agriculture, sports and tourism. It will be prudent that in the given milieu, Government of Pakistan gives time bound specific goals to be achieved by our missions abroad and particularly in SCO member countries. Implementation of free visa regime and promotion of enhanced people to people contacts can bring around the desired miracle. Pakistan has been blessed by Almighty Allah with infinite natural resources, four weathers, resilient people, and above all great geo-strategic location; sincere and visionary leadership can get the country on the path to long awaited prosperity and comprehensive security that is the simplest manifestation of seeking national interest.

Two Nations Theory Rather Then Hindu Extremists has Won in Indian Elections!