Travelling to another country for educational purposes is always a daunting task, regardless of the gender. However, it is even more of an overwhelming experience for quite a few females, due to family and/or societal concerns. It is normal to hear comments such as “It is very dangerous outside” or even “How will she manage everything on her own?” And the iconic dilemma “Log kia Kahenge?” Therefore, I always wished to pen down my first-hand experiences of studying abroad which can, not only influence other girls to pursue a similar path, but also encourage families to consider this as an option. 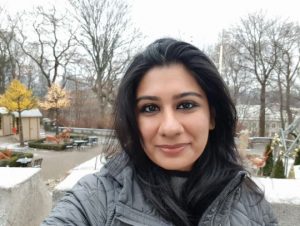 Anum is a visual artist and a researcher, apart from working as an Assistant Professor at the Indus Valley School of Art and Architecture (IVSAA), in Karachi. She has done her MA in Contemporary Arts from Coventry University, UK and her Bachelors in Fine Art from IVSAA, Karachi. Apart from making artworks, she loves to travel and pen down her experiences with the newly visited cities and its people.

Being an artist and a writer, observation and the aspiration to learn new details of life are some of the aspects that are part and parcel of me. Which is why post Bachelors, I decided to study abroad for my Masters.

I knew from the beginning that doing part-time work along with studies will definitely be a case for me, since it is given that living expenses, apart from tuition fees, can also put quite a financial dent. The decision to go to UK for further education was focused on the University I wished to get admission in, which was Coventry University. I intended to get my Masters in Art, which was a blend between theory and studio practice, and the programs offered by CU are internationally recognised. However, the aspect that I had the general idea of, but didn’t know the magnitude of, was that my learning won’t just be in the vicinity of the University. 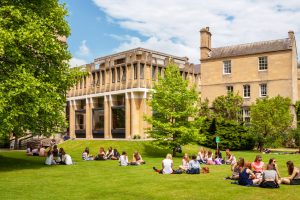 I remember vividly arriving at Birmingham Airport alone, which itself was an overwhelming experience since this was my first solo trip ever. Settling in a dorm and living with people from different nationalities helped me to get accustomed to diverse cultures and their lifestyles. Just the mere changes in your surroundings aided me to focus on various aspects of my daily routine as well. Fortunately, doing my own house chores was an immense benefit, as that helped me to easily get into my schedule.

One of the most striking facets of being in a new city was just the notion of walking around. Coventry, unlike London, is quite small, so getting to the City Center and other such areas was possible by walking. It may sound theatrical, however, walking automatically enhanced my senses: I began to observe more, hear new sounds in the shapes of dialect or transportation (especially trains!), and even the smell of pine cones (which were my absolute favourite)! The overall spirit was quite calm, which did make me miss Karachi a lot more, where I am from. 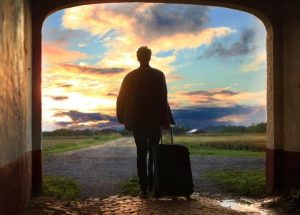 Studying itself was a never-ending learning experience, since such universities have an immense number of international students. I was lucky that my classmates and I quickly had an unspoken bond: listening to each other’s background stories, as well as about their success and shortcomings. Be it from Lebanon, Brazil, Iraq, UK itself, Bangladesh or Poland, the friends I made all new one language: of empathy. And I know that it sounds melodramatic, but it’s true! And keeping in close touch with them post studies has kept this learning experience alive.

Working simultaneously with classes, made my studying experience a lot more precious. However, the intense level of pressure was actually positive and the lessons I learnt then, are helpful to this day. 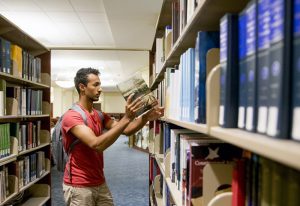 While the experience abroad was quite a positive one, it made me miss Pakistan as well, since its culture and hospitality are unmatched. Thus, returning after my graduation built a new-found respect for this country as well.

As I mentioned earlier, pursuing a degree or even a short course abroad can be financially daunting, however there are local and international scholarships/grants/student-work opportunities available for such ventures and quite a few universities offer them too. I highly advise anyone reading this and thinking of such an endeavour, to do thorough research of all the pros and cons of wherever you wish to pursue education, since that will help you tremendously in the near future. Good luck!

Violence against doctors & Role of media by Arooj Baig