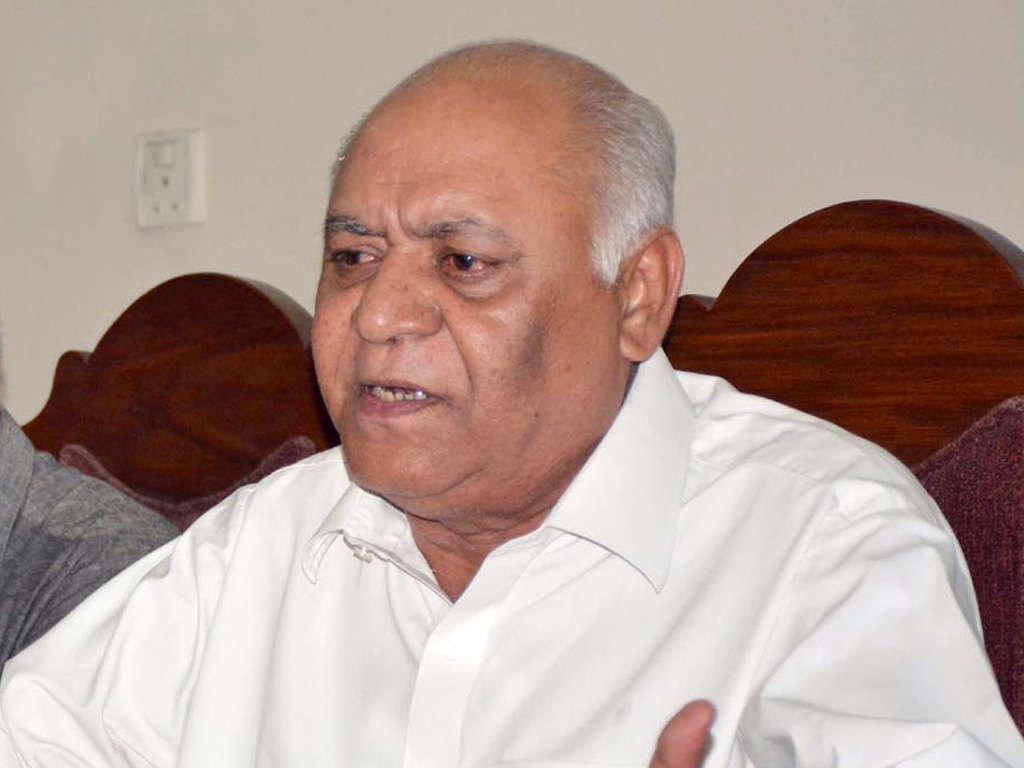 ISLAMABAD: After weeks-long deliberations, the joint opposition has nominated Balochistan-based National Party President Hasil Bizenjo as its candidate for the post of the Senate chairman against incumbent chairman Sadiq Sanjrani, who also hails from Balochistan.

The decision was taken at a meeting of the Rehbar Committee in Islamabad which was chaired by its convenor and Jamiat-Ulema-e-Islam-Fazl (JUI-F) leader Akram Khan Durrani. It was attended by opposition leaders, including Pakistan Muslim League-Nawaz (PML-N) leaders Shahid Khaqan Abbasi and Ahsan Iqbal, Pakistan People’s Party (PPP) stalwarts Farhatullah Babar and Nayyar Bukhari, Pashtunkhwa Milli Awami Party (PkMAP) Senator Usman Kakar and others.

The Rehbar Committee in its last meeting had failed to reach a consensus on the name for the Senate chief. In a press conference following the meeting, Durrani had announced that the name for the top post will be finalised by July 11.

Reports suggest that Bizenjo’s name was approved by incarcerated PML-N supreme leader Nawaz Sharif. Bizenjo has also served as minister in the previous tenure of PML-N.

Hasil Bizenjo later met PML-N leaders in the opposition leader’s chambers at the Parliament House to express his gratitude for the nomination. “I appreciate that former prime minister Nawaz Sharif placed his trust in me,” he told PML-N leaders, including PML-N president Shehbaz Sharif.

Later, while speaking to the media, he said: “Winning and losing may be part of the election process, but I already feel like I’ve won with the faith placed in me.”

“After my nomination, I will get a lot of votes from Balochistan,” claimed Bizenjo, who also hails from the province.

To a question asking if he would seek support from the government coalition, Bizenjo said, “We are politicians: we knock on doors even when we expect no response.”

The joint opposition on Tuesday submitted a resolution in Senate against incumbent chairman Sadiq Sanjrani in a bid to oust him and urged for a requisition of the Upper House session at the earliest.

Senate Secretary Mohammad Anwar had confirmed that the Secretariat had received the resolution, saying that a constitutional procedure over the matter will be followed. The chairman, who has the authority to call a session, is bound to summon the Senate session within a period of 14 days, he added.

The resolution was submitted after a meeting between members of the joint opposition in the chamber of Senate Opposition Leader Raja Zafarul Haq.

It may be noted that the incumbent chairman has refused to go down without a fight. “A motion of no-confidence is a democratic right,” he remarked. “I have no reservations about the resolution being submitted,” he said. “I am still here and doing my job.”