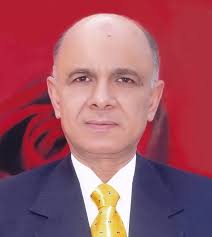 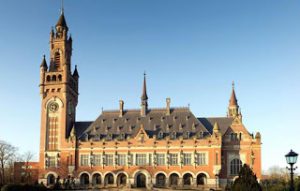 What could be worse on the international level that Pakistan facing terrorism was termed as a terrorist state. India exploited her big international markets and deals of weapons with world powers against Pakistan on the diplomatic level. This is no more a secret. Through her such strategies, she developed her role in Afghanistan due to her influence over the USA. Afghanistan was used in the proxy war against Pakistan. Militants were launched in Balochistan in such a way that the world considered them as fighting for the freedom of Baloch people. Similarly, in the name of imposing Islam another terrorist organization was established in tribal areas and FATA. These Indian sponsored terrorists played with the blood of innocent Pakistanis all over Pakistan under different identities and slogans. India’s successful launch of these terrorists made India sure that now Pakistan has no other way except to accept the slavery of Hindu India. Indian propaganda against Pakistan was on one hand welcomed by Western Media while on the other so-called liberal elements in Pakistan supported it. They were reinforced by the elements who are enemies of Pakistan army. No one was ready to give it a shit that why would army target itself and its own citizens in Pakistan. Pakistan army sacrificed thousands of their soldiers to protect the motherland.

The increased successful terrorism of India in Pakistan resulted in overconfidence of India. In 2014, Ajeet Kumar Doval, Advisor Of Modi in a seminar held at New Delhi acknowledged the support of terrorism in Pakistan. He said that Pakistan has destroyed the Pakistani economy, society, and politics to such an extent that if India attacks Pakistan, Pakistan will be disintegrated within no time. He claimed that Pakistan’s neck is in the control of India. His threats were not baseless. Karachi was bleeding in the hands of Altaf Hussein. Extortion, kidnapping for ransom, robberies, target killing were made a profession. Karachi was identified for its lawlessness on the international level. From Karachi to Peshawar, Mosques, places of worship, state installations, courts, educational institutions, public places all were targets of terrorists. Despite all this, Pakistan was alleged for terrorism all over the world. While expanding her terrorist activities through her Naval Commander Kulbhushan Jhadev India forgot that he might get arrested. Perhaps Indian state terrorists especially RAW was sure that the strong terrorist network established by RAW in Balochistan and Pakistan will not allow Pakistan Army and ISI to put hands on their state terrorist. 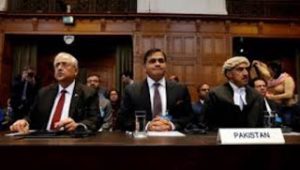 Kulbhushan was involved in terrorism since 2003 in Iranian city Chah Bahar; he was training Baloch militants, providing them weapons, and targets. He was responsible to lure unemployed Baloch youngsters to join Baloch terrorists. The support of NDS and increased contacts within Pakistan encouraged him to enter into Pakistan himself. He visited Karachi via Balochistan. He created new facilitators in addition to his existing network to separate Balochistan from Pakistan and stop CPEC. He was so confident that he started visiting Balochistan and Karachi frequently. No one from Indian Defense Ministry and RAW objected his visits to Pakistan. RAW was supported by Israeli MOSSAD and American CIA. These agencies were providing technical support to RAW and advice. No one informed him about the threats in entering into Pakistan just like movie scenes of Bollywood. Both of these agencies were well aware of the capability of ISI and Pakistan army.

Kulbhushan was being observed by ISI. ISI wanted complete details of his links in Balochistan and Karachi otherwise as soon as he has been arrested, his facilitators would have gone underground. On the suitable time, he was arrested. After investigation when his facilitators were arrested, his arrest was declared by Pakistan. India denied to acknowledge him as an Indian citizen and rejected his confessional statement as well. However, could not deny this bitter reality for long as Kulbhushan was serving an officer of Indian Navy and serving RAW since 2003. Despite denial from India, Kulbhusan would have been sentenced to death for his killing thousands of innocent Pakistanis (which he has confessed and disclosed his activities as well). This would have discouraged those who work for RAW. They would have lost morale as their state was not ready to stand behind them in hard times. The details of Kulbhushan’s family, his job in Indian Navy and serving for RAW has been disclosed by Indian Media. 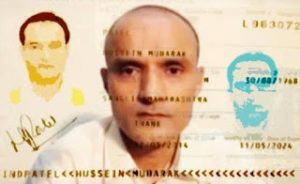 India accepted Kulbhushan as its citizen and declared that India will go to any limit to save her son. According to the constitution of Pakistan Kublhushan was sentenced to death by the military court. India took the case to the International Court. The decision of International has nothing in favor of India. Indian plea for release of Kulbhushan was rejected. In other words, International Court acknowledged that Kulbhushan is a terrorist who cannot be given any soft corner. International Court allowed India to contact her terrorist through Indian Counsellor. Pakistan accepts and abides by the human rights and diplomatic values. Indian counselor would be given access to Kulbhushan. However, this is to be decided by India that whether she is ready to stop her terrorism in Pakistan or will continue it? She has to be held accountable for her links with BLA (Balochistan Liberation Army) declared as terrorism on international level…

Abrogation of A-370 by India in IOK