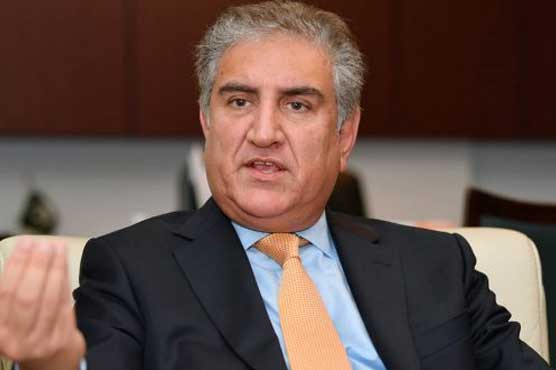 The foreign minister briefed his Maldivian counterpart on the illegal and unilateral actions of India to alter the disputed status of Indian occupied Kashmir, which is in contravention of the international law and UNSC resolutions.

He underlined that the steps taken by India in the occupied Jammu and Kashmir entails a grave risk for peace and security in the region.

Qureshi apprised the Maldivian Foreign Minister of the continuously deteriorating human rights and humanitarian situation in the Indian Occupied Jammu and Kashmir, including severe shortage of food and lifesaving medicines, communications blackout and complete lock-down for the last 17 days.

“An international organization Genocide Watch has issued a “Genocide Alert” for Indian Occupied Kashmir,” he said and added the situation is extremely alarming.

The FM urged Maldives to play a constructive role for peace and stability in the region and peaceful settlement of disputes.

On the occasion, the Maldivian Foreign Minister said they are closely watching the situation.

The two leaders agreed to remain in contact and continue to work together for peace and stability in the region.