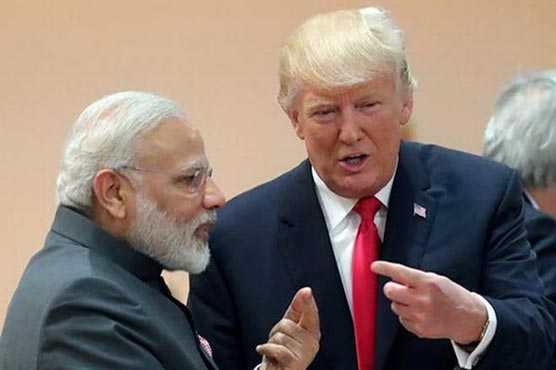 WASHINGTON : United States President Donald Trump has decided to meet Indian Prime Minister (PM) Narendra Modi at G7 summit in France for discussion on the plight of Kashmiris and human right violations in the valley.

According to a senior administration official, the president is expected to raise Kashmir issue with Modi on the sidelines of the summit.

“President Trump will likely want to hear from Prime Minister Modi on how he plans to reduce regional tensions and uphold respect for human rights in Kashmir,” the official added.

He said Trump is “very focused” on the situation in Kashmir because of the broader implications of the developments in Jammu and Kashmir and the potential for increased stability in the region.

The president is also likely to stress need for dialogue among all sides of the conflict, said the official.

He also expressed hope that India will lift communication and movement restrictions in Kashmir and exercise utmost restraint in dealing with potential protests.

The decision came after President Trump had again offered to mediate the escalating Kashmir issue between Pakistan and India.