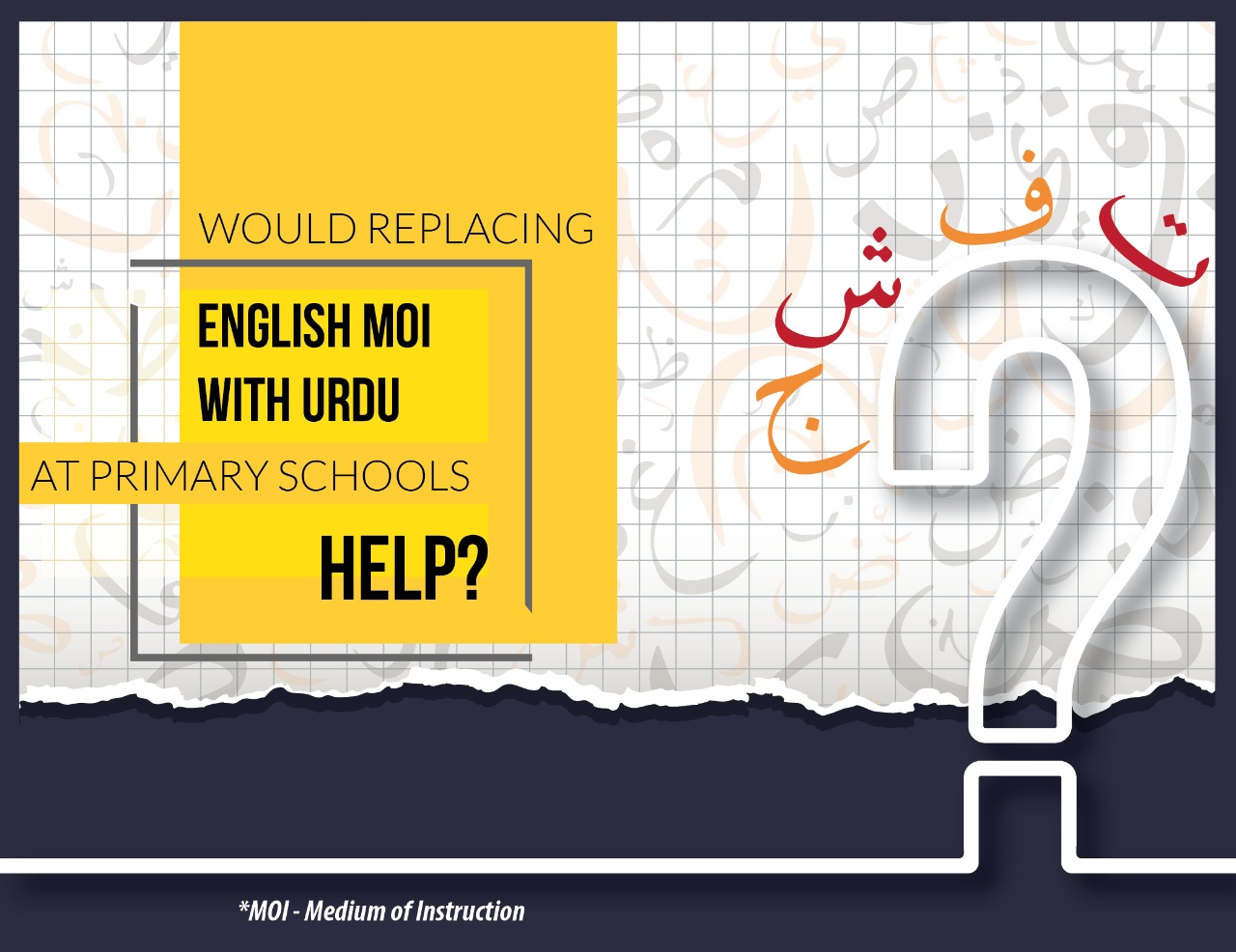 Omer Khayyam, Information Officer, DGPR Lahore.
School education plays a vital role in the basic learning of students, especially, primary schools are the institutions supposed to lay the basic foundation for the children starting to study everywhere around the world. In Pakistan, during the past decade, it has been observed that the dropout rate of children after or during primary school has increased rapidly. The major reason considered for this dropout is the lesser understanding of the basic concepts because of the medium of instruction in our schools is being in the language unknown at large to the people of our country. Keeping the problems of our little learners in view, Minister SED Punjab Dr. Murad Raas has recently announced to change the medium of instruction from English to our national language at the primary school level from the start of next academic year in March 2020. This decision will make a serious impact on the learning and understandings of our primary school children. Making Urdu the medium of instruction does not mean that teaching English has been eliminated, it will be taught as a separate subject. It is also an unfortunate fact that most of the teachers at the primary level are not convenient in teaching all of the subjects in English. The Government of Punjab, under the sparkling leadership of Sardar Usman Buzdar, has taken this initiative following their plan of transforming the lives of people and addressing the real ground issues. This initiative of the Punjab government is also the part of the revolutionary steps they are taking to make the lives of people better. To bring the down the dropout rate of our students at the primary level means that you are eager to educate the upcoming generations of your country. Urdu as the medium of instruction will at least make our children literate in terms of basic education. At the primary school level, this is not mandatory that the government must enforce English as the medium of instruction as most of the successful and developed countries around the world also prioritize their own native languages. When the children at primary level face obstacles in learning, they started to feel exhausted about the studies and this is extremely harmful for a nation eying to increase their literacy rate at large. Fixing issues at the core are mandatory to change the fate of any nation all around the globe. It will not be sane to brag that the PTI government in the first year of their governance has banished the crisis we have been through from the past many decades but the road map they are following is giving some kind of essence that the better days are coming.