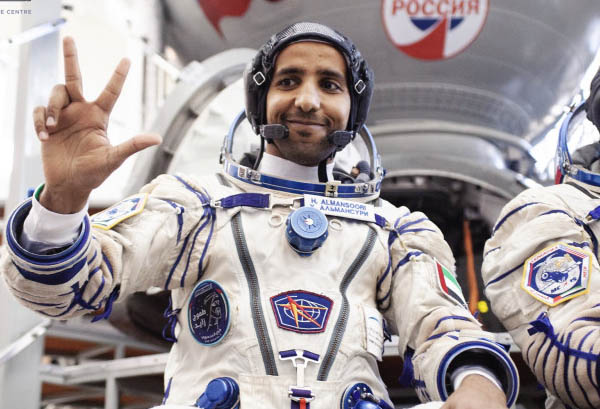 I would continue his prayer routine:Al-Mansouri

Earlier, Saudi Arabia and Syria’s astronauts had reached the orbit of the Earth, but no astronaut from an Arab country had even visited the International Space Station.
United Arab Emirates astronaut Huda al-Mansouri departed Kazakhstan on Wednesday via space craft and arrived at the space station after six hours’ travel.
A large number of people gathered at Dubai’s Mohammed bin Rashid Space Center to watch the mission and chanted slogans on the departure of the spacecraft, calling Al-Mansouri a national hero.
A day before going into space, al-Mansoori said in his tweet that his old dream was coming true. May Allaah succeed this mission.
According to al-Mansoori, he has the experience of praying aloud.
Al-Mansouri said in his statement before going into space that he would continue his prayer routine and release his video at the International Space Station.

I take moral responsibility for the murder of Jamal Khushugi: Saudi Crown Prince