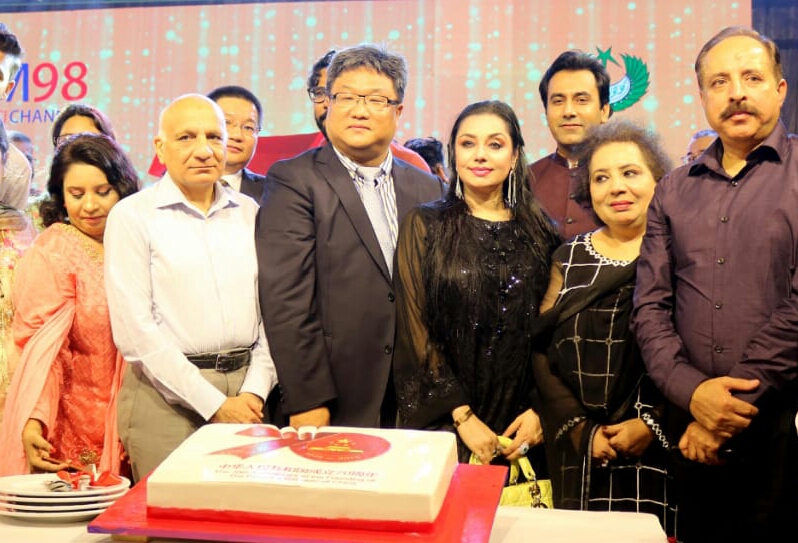 Innovative technology (Internet and satellite) has increased the reach of radio and increased audience as effective mean of communication, which is increasing the number of traditional and unconventional radio stations worldwide. It is universal principle of economics that when demand increases, then supply also increases. Is radio a dying medium in this modern era of communication? Does Radio Pakistan have the resources to respond to the sound aggression of any enemy? Radio Reduces the number of its personnel to eliminate Pakistan from its lands. The idea of ​​selling and running Radio Pakistan from one room is justified? Is national security not a national responsibility? People in the radio industry in Pakistan are facing such kind of questions, does anyone listen to radio now, why such bad impression being made in Pakistan today with the important broadcast media?

According to data compiled by the CIA World Fact-book data in the Encyclopedia of the Nations, there are currently more than 66,531 radio stations operational in the world. There is a radio station in the world for an average of one million people, and radio broadcasts reach 95% of the world’s population, its an example of America only, where the number of radio listeners more than 42 million and an American audience averages two and a half hours of radio a day. The realization of the fact that Radio as a source of communication has many benefits and the American President’s commitment to reviving and maintaining the tradition of addressing the American nation through radio Every Week. The innumerable features of radio that connected to its listeners and provide facilities, its breadth of reach, its low cost and the diversity of its broadcast content make it a great source of Information, Education and Entertainment.

The establishment of private and state of the art FM radio stations and radio listening, especially on mobile phones, has enabled radio listening in the country really gave a new dimension. At present, there are 190 public and private radio stations operational in the country, of which 32 are radio stations and 126 are operational as commercial FM stations in the private sector. In addition to 32 non-commercial FM stations are active in Universities and other institutions for educational purposes. Punjab is leading the list with 82 radio stations followed by Sindh with 46, second in Khyber Pakhtunkhwa, 15 in Islamabad, 10 in Baluchistan, 08 in Azad Jammu and Kashmir and 04 in Gilgit, Baltistan. But nonetheless, those who say that simply listen to the radio now say it was a matter of time. The main reason for this radio based assumption was that the private sector in the country, neglecting the constructive purposes of radio.

Private TV channels allowed to entertain and share information whereas Government Radio on the other hand, has long been struggling to maintain the quality of its transmitters, signals and suffering from economic turmoil. 40 million people in populations in the country suffering from long load shedding, can only be possible to connect through radio, In addition, the role of radio in accidents and natural disasters in the country can be a universal importance. Another key reason for the importance of radio and its effectiveness is the lack of credible data about radio audience in the country for the past several years, as well as their lack of proper publicity and marketing. Due to the lack of advertising, radio has reached the point that it has come to be known as Burmese Dying Medium. Often people who raise questions about radio listening because they do not listen radio themselves have automatically assumed that the radio is not listened in the country. It is important to bring these statistics and trends under a unified strategy so the media can be ignored at all levels, highlighting the importance and utility of radio in the country.

Situation in the country can be enhanced by community Radio and the broadcasting needs of the people who lack the communication facilities can be met, on the other hand Radio Pakistan, which has the pressures of finding sources to increase its revenue, as well as the coverage and promotion of government initiatives, Such as the volume of programs on community level public issues, human development opportunities, promoting peace and brotherhood, local culture and other community issues, reducing a communication gap at the community level. That only community broadcasting / community radio stations can fill. These radio stations are playing a very positive role in many of the world’s most developed and developing countries. It can be estimated from the UNESCO statistics that 360% of the number of commercial and community radio frequency working in the world have been increased 1386%. In order to meet the financial needs of the PBC one has to think beyond the unconventional ways to increase its income.

The organization which is responsible for the protection of its geographical and ideological borders in the payment of national duties is not taxed for its survival. Radio Pakistan also wishes to contribute nationally. It is enough only to understand the strength of Radio Broadcast, recently Transmitter of 5 Kilo Watts and the duration of transmission of Dosti Channel FM 98, China Radio (CRI) has been extended for 15 hours daily only after eight months, it strengthens the media of Broadcast and reply of all queries also quashed the irrelevant remarks.