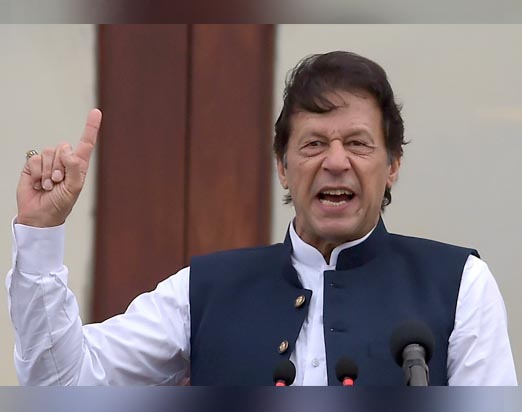 Islamabad: Narendra Modi had “played his last card” by downgrading the autonomy of occupied Kashmir, The PM Imran Khan told the participants of a “human chain” event held in Islamabad to express solidarity with the people of occupied Kashmir.

I want to give a message to my nation and the Kashmiris. Remember one thing, Allah has given only effort in the hands of human being, success is in Allah’s hand only. Whenever you pray, you always ask Allah to lead you towards the path of success. – PM Khan

InshAllah we will strive together as a nation for Kashmir. Our elderly, kids, women, each and every Pakistani will stand with them. – PM Khan

PM said Modi thinks that the people of occupied Kashmir will accept the decision of revoking Article 370. “Modi doesn’t know that what the Kashmiri people have faced in the last several decades, it has eliminated the fear of death among them.

He added, Tens of thousands of Kashmiri people will not accept the decision and come out when the curfew is lifted,

His address came after a large number of people gathered in the capital after Friday prayers to form a “human chain” from D-Chowk to Radio Pakistan Chowk in a show of solidarity with the people of occupied Kashmir.

Never in history the senators of US have made statements on Kashmir but now they are doing it. – PM Khan

Sindh Govt. extend the Rangers Power for next 90 days