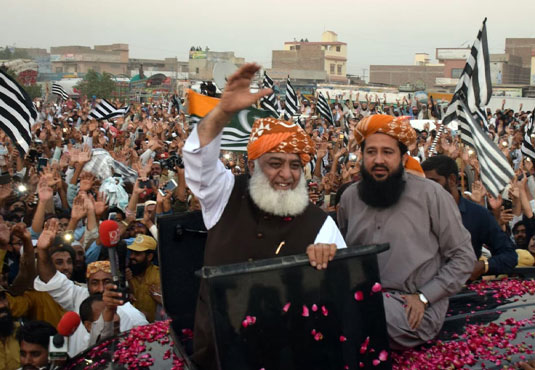 LAHORE: The Jamiat Ulema-e-Islam-Fazl’s (JUI-F) Azadi March reached Lahore. from where it will make its way to Rawalpindi.

The caravan made its way to Lahore From Multan. A large crowd of supporters of the JUI-F chief Maulana Fazlur Rehman joined their leader and chanted slogans against the government.

Addressing his supporters, Maulana said JUI-F was going to Islamabad to announce that the incumbent rulers were fake. “Government should resign before we reach Islamabad,”

This government does not have any mandate,” he said. “The mandate can be seen in this march.