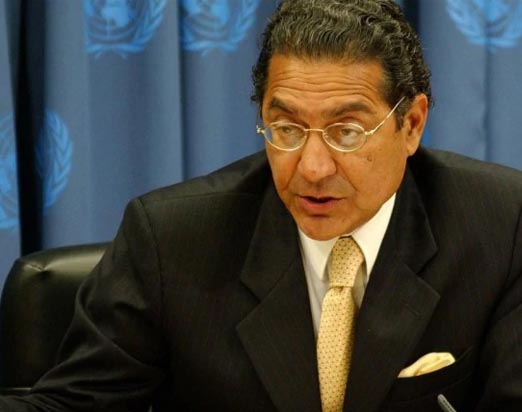 Dr Maleeha Lodhi who served as Pakistan’s envoy to the UN from 2015 to 2019, Munir akram replace her as new ambassador.

Munir told to media, I had taken charge of the post at a time when Pakistan was facing several challenges.

Akram studied at Karachi University and graduated with a Masters degree in Political Science and a Bachelors in Law, and he has previously served at the same post from 2002 to 2008, would be stationed at the UN’s New York headquarters.

He specializes in multilateral diplomacy with considerable experience over the years at the UN’s New York and Geneva chapters. He has ably defended and protected Pakistan’s vital interests and continues to play a leading role on other important issues on the UN’s regular and reform agenda.

Sea of people will wash away the selected prime minister: Shahbaz Sharif