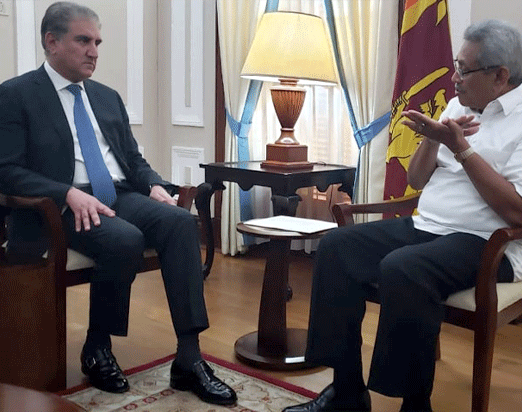 On behalf of Pakistani leadership and nation, the foreign minister felicitated Gotabaya Rajapaksa on his election as the seventh President of Sri Lanka. Shah Mahmood Qureshi also handed over a letter of President Arif Alvi to the Srilankan President inviting him to visit Pakistan.

The Foreign Minister expressed the confidence that under the leadership of Gotabaya Rajapaksa, Pakistan-Sri lanka relations will gain further strength.

He also appreciated the Srilankan people for valiantly fighting the scourge of terrorism. The Sri lankan President thanked the Pakistani leadership for extending him felicitation on his election and inviting him to visit Pakistan.

Parliamentary Committee to discuss appointment of ECP members on Tuesday