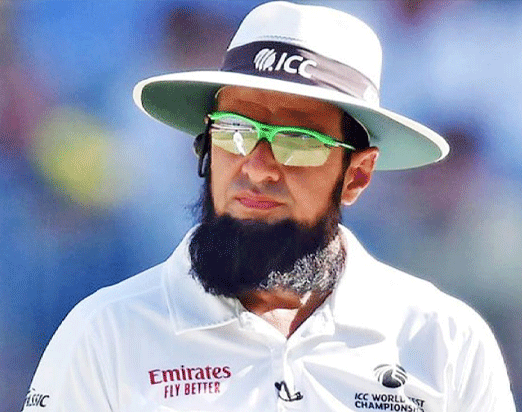 Aleen Dar Born in Gujranwala on June 6, 1968, he started the game with the dream of becoming a Test cricketer, stepping into the field changing umpires after playing 17 first matches.

Pakistan and Sri Lanka’s first in his hometown on February 16, 2000. One-day off. Three years later, he became a Test umpire in Dhaka. He did not join the ICC Elite Panel but was named the Oscar of the Year for three consecutive years.

Aleem Dar of Pakistan has set a record for his own Ideal Steve Buckner by unveiling a hundred and twenty-eight Test matches. Aleem Dar has become a record holder as an umpire in the five-day match between Australia and New Zealand.