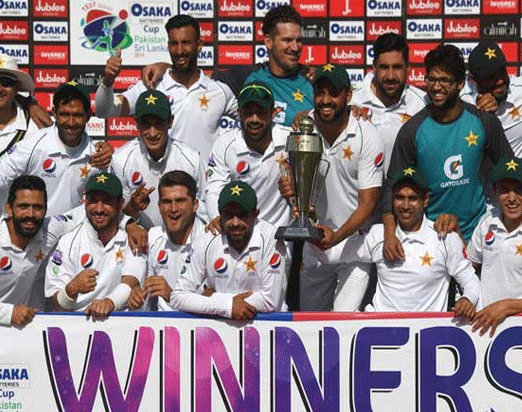 Karachi: Pakistan beat Sri Lanka by 263 runs in the second and final cricket Test in Karachi today and won the series by one-nil.

On the last day of the Test, chasing a victory target of 476 runs, Sri Lanka were bowled out for 212. Match score of both inings, Pakistan 191 and 555 for three declared

Sri Lanka 271 and 212 runs. Pakistani batsmen made record in the Test as it only the second time when the top four batsmen have scored hundreds in a single innings of a Test.

Shan Masood, Babar Azam, Azhar Ali and Abid Ali each scored hundreds in the second innings against Sri Lanka. Abid Ali was declared as the man of the match and the man of the series.

An abhorrent campaign has been launched against me and the judiciary: Chief Justice of PAKISTAN