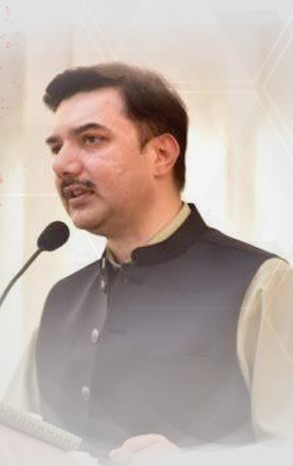 Eminent Political personality Mian Khurram Jehangir Wattoo expressed his grief & sorrow over ferocious attack on an old man innocent senior citizen who was martyred in front of his 3 years grandson by Indian Army in the beautiful Kashmir, Khurram Jehangir felt the pain for the bereaved family of the deceased Bashir Ahmed. The brutal attack carried when the man went to purchase groceries his sole mistake was that he was native of Srinagar, valley which is a Muslim populated but unjustly occupied by Indian forces.

This had been 10 months and 24 days a matter of abashment and heavily objurgating for global community that they are silent on this calamity happening every day at the place termed heaven on earth. Such situations shall be controlled for the well-being of masses residing in Kashmir as this immoral torture on Kashmiris is not only condemned but heart cries with an immense feeling of attachment to them.

He further said that I Strongly condemn this cowardice by Indian troops and term this mutilation as unbearable and vow international community to raise voice against this ongoing ferocity that is callousness to its peak. Ex Member National Assembly and seasoned politician Mian Khurram Jehangir  Wattoo extended his serious concern on the curfew and atrocities being carried out in occupied Jammu & Kashmir. Khurram Wattoo added that these heart wrenching incidents shall come to an end as such cruelty is unbearable and make humanity aggrieved. The inhumane acts by Indian troops could not be ignored but prior voice shall be raised for them.