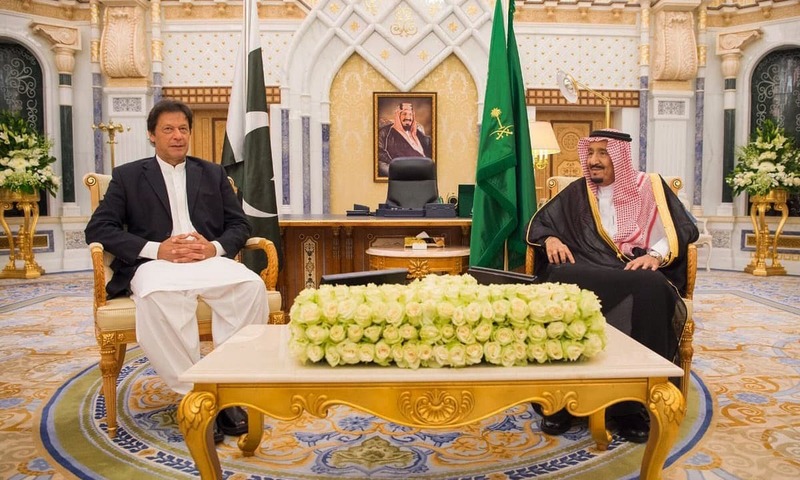 Saudi Arabia’s pledge to alleviate Pakistan’s financial constraints by providing a $6 billion bailout package may be the first tangible success of Imran Khan government in its otherwise lackluster early days. The package includes $3bn balance of payments support and another $3bn in deferred payments on oil imports. The bailout comes at a time when Saudi Arabia’s human rights violations record is in international scrutiny due to the controversial death of journalist, Jamal Khashoggi, at the Saudi Embassy in Istanbul.

It can be argued that this bailout package by Saudi Arabia is due to Pakistan maintaining diplomatic silence on the issue at a time when there is palpitating pressure mounted on KSA by the world for accountability of Khashoggi’s death. This bailout package gives breathing space to a Finance Ministry to undertake economic reform and will likely reduce the size of any bailout Pakistan receives from the International Monetary Fund (IMF), so Pakistan’s position is understandable.

However, prudence demands cautions celebration. The details of the bailout have not been released yet- it is uncertain yet if the bailout is in terms of a loan on commercial terms- which would be detrimental- or if there are undesirable strings attached with the Saudi grant. Whatever the case, the bailout just buys some immediate relief for the economy and stronger terms for the IMF- the real formidable task is to restructure the economy to lay off Pakistan’s dependence on such financial packages.

The government still needs to successfully invite investment and it needs to yield results out of these investments. With the success of this trip to Saudi Arabia in mind, it would be wise to employ the same tactics for Pakistan’s upcoming foreign trip- and closest ally- China. If something similar can be pulled off after visiting China, which is scheduled soon, then our position will be solidified further. Perhaps the government’s hints towards CPEC negotiation are an indication of what we can expect.