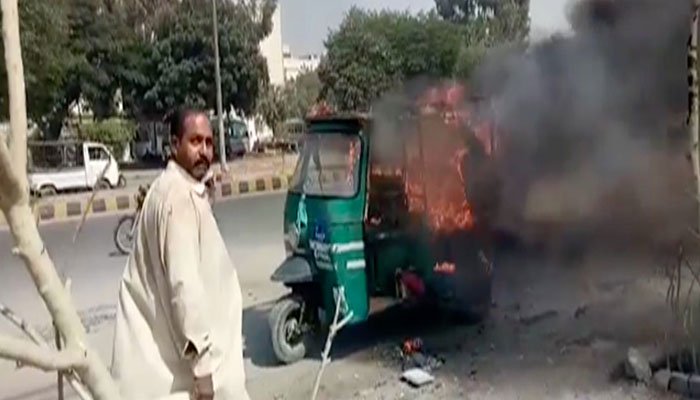 Driven to desperation by poverty, a rickshaw driver attempted self-immolation on Thursday, three days after another driver succumbed to his wounds after setting himself on fire alleging ‘police extortion’.

The driver, Shahid, set his rickshaw on fire in North Nazimabad area of the city and was attempting to do the same to himself after sprinkling petrol over him, when the onlookers intervened and stopped him.

Citing poverty as the reason, Shahid lamented that he was unable to get any passengers because the CNG stations are closed every other day.

He said he has been unable to afford his expenses and has not paid the rent on his house since three months.

His children are suffering from an eye disease, he added.

Police took the driver in their custody and brought him to the police station to record his statement.