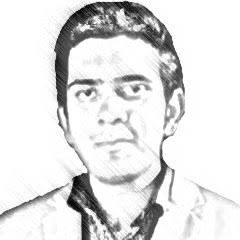 Aurat March should be exposed because the motives it contains are curtailment of men rights and they are violating the ethical and moral values.
Pakistan is a country where the ailment cannot remain for long and get wiped with the intervals of time so in a nut shell the pseudo feminists will not entail their perfidy for so long and will be taken to the cleaners with their foreign fed agenda.

The Panacea to a problem could be brought if the issue has been properly diagnosed; Ginormous invasions on our culture are in the air. As the 4th wave of feminism entails its corrupt motives contagiously and becoming disastrous and petrifying the morale of society their shabby demands are destructing the masses.

We as a nation always get engulfed in a snare of these propagated voices The international Women’s day is used as weapon by these external factors and on the name of rights they are baffling and defaming the whole community who does not agree with what liberals has to say. These Liberals demeanor are even getting against the sole concept of liberalism itself, even they are getting to extremes just to curb what the other says. These days Khalil ur Rehman Qamar and Marvi Sirmed quarrel in a talk show has become vehement debate and the international women day and Aurat march repercussions are faded away people are becoming jaded from these gossips now. The true rights which shall be discussed include Education for Women, Protection for Women, stopping female infanticides, stopping violence against women, stopping rapes and raising voices against any sort of harassment, but unfortunately these pseudo liberal women does not pay any heed to these core issues of women. They tend vicarious excitement get evolving to the minds which are in the initial stage of nurturing, The college and university going girls who had come from backward backgrounds. those who find these movements a big opportunity that they would not be missing.

They didn’t consider this thwart against their societal ethics but get influenced by it and became the facilitators of those immoral, filthy agents who have been settled here for agenda propagation. Laws are present but their implementation is nowhere to be found which should be implemented to boot. The section 509 of Pakistan Penal code deals with harassment against women but its practicability is not observed. There are two extremes and there is dearth of neutrality and balance within the society.

The High court has ordained to abstain from the immodest slogans but the women march too is the root cause of bringing the agenda of same gender marriages and other demands which contradictory to innate spectrums. To halt this Aurat March the other class invented Mard March rallies which is not needed in already present patriarchal society. Although these paid feminists are with their ulterior motives and they are contributing against the fundamentals of islam on the name of Women empowerment.

The cause is demystifying the hidden faces who are going against the placid rituals of Islam. the nemesis of aurat march has been spreading for years although the opposite class is also not doing wonders but exhibiting their fanatic dogmas just to counter what other has to say gender inequality is left elstwhere we are plunging to the realm of conflict in the society. Bacchanalian demands of so-called feminists shall be countered in a soft manner with good ethical behaviors and granting them their legitimate rights so that these insane voices could not appeal innocent minds.

The writer is columnist based in Lahore who knows the actual social and political problems with excellence of his insight. He can be reached at waqaraslamravian@gmail.com