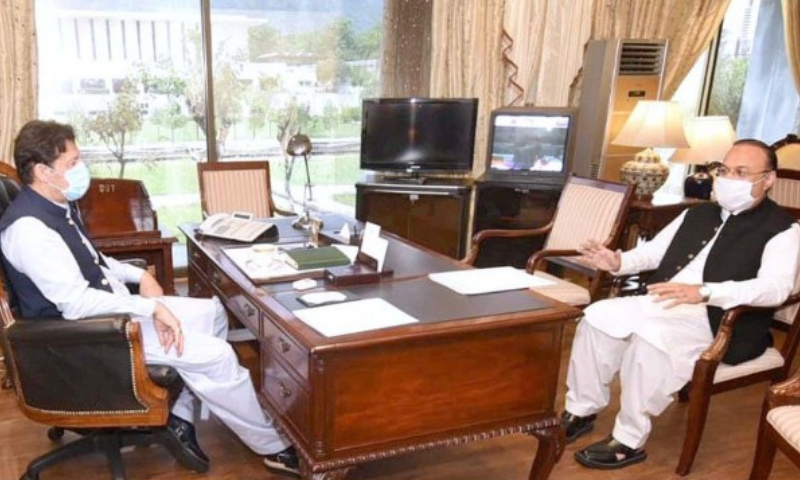 Multan: Special Assistant to the Prime Minister for Political Affairs Malik Mohammad Amir Dogar said that the identity of South Punjab has been recognized. In the next financial budget, the budget book of South Punjab will be separated and the revenue of the region will be collected here and spent here. Prime Minister will soon lay the foundation stone of the Civil Secretariat on the occasion of his visit to South Punjab. Prime Minister Imran Khan will soon announce an agriculture package of Rs. 47 billion at the Islamabad Convention Center to improve agriculture in collaboration with stakeholders. Under CPEC, Industrial Zone will be constructed on Jalalpur-Pirwala Motorway. With all these development projects, Multan will become the center of Pakistan.

Amir Dogar clarified that the government has formulated a solid strategy of not opening trade with India. The closure of trade with India due to the tense situation will benefit our industry. Promoting our local products will restore investor confidence. He expressed these views while addressing the members of the working committee of Multan Chamber of Commerce and Industry.

SAPM Malik Amir Dogar said that he would soon issue orders to the Railway Minister to provide facility for Multan Dry Port Trust at Muzaffargarh railway station. He said that a delegation of South Punjab Chambers would be called on the occasion of Prime Minister Imran Khan’s visit to Multan. He said that tender for Sukkur-Hyderabad Motorway project would be held by April.

In his welcome address, President Khawaja Salahuddin demanded that Secretary Industries should also be posted in South Punjab Civil Secretariat. Considering the importance of South Punjab in terms of fresh fruits and vegetables, the an imported VHT plant of the Punjab government should be given to South Punjab as a Government Facility Center under Public-Private Partnership. He demanded that the term of SBP’s temporary economic refinancing facility be extended by one year. Mian Tanveer A. Sheikh also presented the symbol of the House to Malik Amir Dogar.