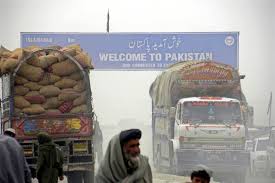 ISLAMABAD: Minister for Information and Broadcasting Senator Shibli Faraz Tuesday said the government would collect tens of billions of rupees by implementing the Sugar Commission report and through negotiations with the electricity companies.

He was addressing a press conference here along with Minister for Planning Asad Umar to give details of the decisions taken in the Federal Cabinet meeting chaired by Prime Minister Imran Khan. Talking about the Sugar Commission report, he said the government won the cases filed by the sugar mafia in different provinces.

As per the report, under an action matrix the Federal Board of Revenue (FBR) had pointed out tax liabilities of Rs 368 billion, general sales tax on sugar increased by 60 to 65 percent or Rs 29 billion, and the farmers received good timely payments. He said the Federal Investigation Agency (FIA) had unearthed Rs 22 billion of money laundering.

Implementation of the sugar report was delayed due to court cases, he said, adding now cameras were being installed in the sugar mills to ascertain the actual position of stocks. He said in the past sugar prices were manipulated by the mafias. The government was working against the mafias but action against them also got delayed as those people got together for their vested interests. The minister said according to the State Bank, the overseas Pakistanis sent $ 500 million through the Roshan Pakistan digital account.

The prime minister directed that the chief executive officers of about 60 public sector institutions should be appointed in a week and in case of further delay the reasons should be given, he added.

Shibli said the cabinet approved the recommendations of its committee on electricity. The previous regimes had signed expensive electricity agreements with the power companies and the present government could not revoke them as it would have dented the confidence of investors, he noted.

The government, he said, held negotiations with the power companies to find ways to reduce the circular debt of more than Rs 2 trillion without compromising on anything. The new accord would save the government Rs 836 billion over the next 20 years, he added. The minister said the circular debt included Rs 600 billion owed to independent power producers and Rs 700 billion to the public sector generation companies.

Last year the capacity payments were of Rs 650 billion and this year the same were of Rs 850 billion due to expensive oversupply of power, he added.  The prime minister, he said, strictly instructed that there should not be any unannounced load shedding in the country.

He said the cabinet decided to abolish the price control committees formed in the past to determine prices of items of daily use as they were not effective. The price control committee of Islamabad was also disbanded, he added. The minister said before the committees, the implementation of prices was the responsibility of district administrations comprising commissioners, and deputy and assistant commissioners, and now they were again given that responsibility.

He said  the economy and industry were suffering losses and getting less profit due to the menace of smuggling. The smuggling led to reduction in the revenues of government and increase in indirect taxes on the public, he added. The smuggling of petrol, he said, was inflicting a loss of Rs 120 billion and was a reason for environmental degradation and inferior petrol quality.

He said about 2,192 petrol stations were selling smuggled oil so strict punishment was proposed for them, including confiscation of property and petrol pumps. The Customs Department and Federal Board of Revenue now effectively controlled the smuggling of oil. Similarly the smuggling of cigarettes and other items would be controlled to plug the loss in revenue.

Prime Minister Imran Khan stressed that the government would have to look for alternative sources of income, he said, adding the smuggling was reducing the government revenue and putting extra financial burden on the common man.

The minister stated that the cabinet expressed concern over the release of six years old wheat by the Government of Sindh to the people of Karachi.

It proved two points that by not timely releasing the wheat stocks the Sindh Government had disrupted the wheat supply in the country and gave flour to the people of Sindh, particularly Karachi at higher prices, he explained. Shibli said Sindh took money out of the pockets of people by not releasing the wheat at a time when the Federal Government was importing wheat by using its foreign exchange reserves.

The Sindh government played with the lives of the people, did politics on wheat and also played in the hands of profiteers and hoarders, he pointed out.

“We condemn this, the people of Karachi should protest on this, and the issue should be discussed in the assembly as the Government of Sindh is directly responsible for creating disruption in the supply of wheat in the country.”

He said measures were being taken to ensure transparent Senate elections.