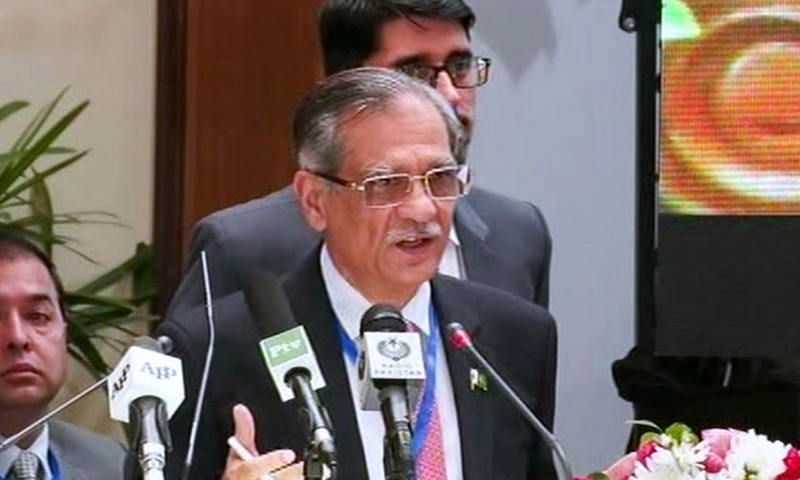 Chief Justice Saqib Nisar on Saturday said that he will start an awareness campaign for family planning from next month in light of a “population blast” happening in the country.

Addressing a fundraiser for dams at Manchester, Justice Nisar said that the campaign will start from December 12 or 13 and will be aimed at creating awareness across the country on the importance of having small families.

“Your resources are dwindling…your population is blasting…after 20 years, your population will be 35 crores [350 million],” he said, emphasising the need for better management of food, water and other resources.

The chief justice said that he will start the awareness drive from his own family and advise his children the same.

Justice Nisar said that a conference to kick off the drive was supposed to be held on December 5 but was delayed due to some other engagements the prime minister, who is also invited to the conference, will be busy with.

The conference will discuss ways to control the “exploding” population and create awareness.

Acknowledging that this is a sensitive matter for our society, he expressed hope that the public will support and fully cooperate with him in the drive.

According to the recent census, Pakistan has a population of over 200.77 million and is the sixth most populous country in the world.