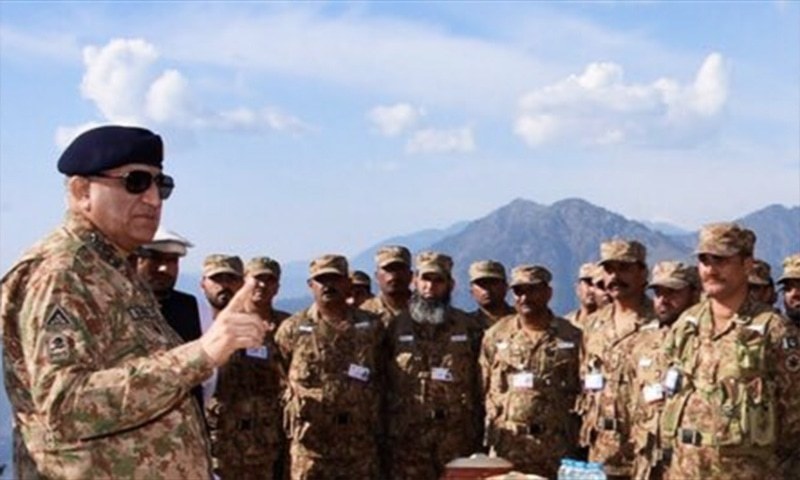 The army chief appreciated the “operational readiness and high morale” of troops during his visit to the Sarpir and Pandu sectors.

He said Pakistan Army is “fully invested in peace and stability of the region”.

“However, we are ready and resolute in defending the motherland against any misadventure,” Gen Bajwa was quoted as saying by Inter-Services Public Relations (ISPR).

The army chief said the Kashmir issue continues to be a “core unresolved agenda” and reiterated his support for the right to self-determination of Kashmiris.

“We stand by the Kashmiris in their just historical stance,” he was quoted as saying.

COAS visited troops on LOC. “Pak Army is fully invested in peace & stability of the region. We are ready & resolute in defending the motherland against any misadventure. Kashmir remains the core unresolved agenda & we standby the Kashmiris in their just historical stance”, COAS. pic.twitter.com/FNOVGcOExu