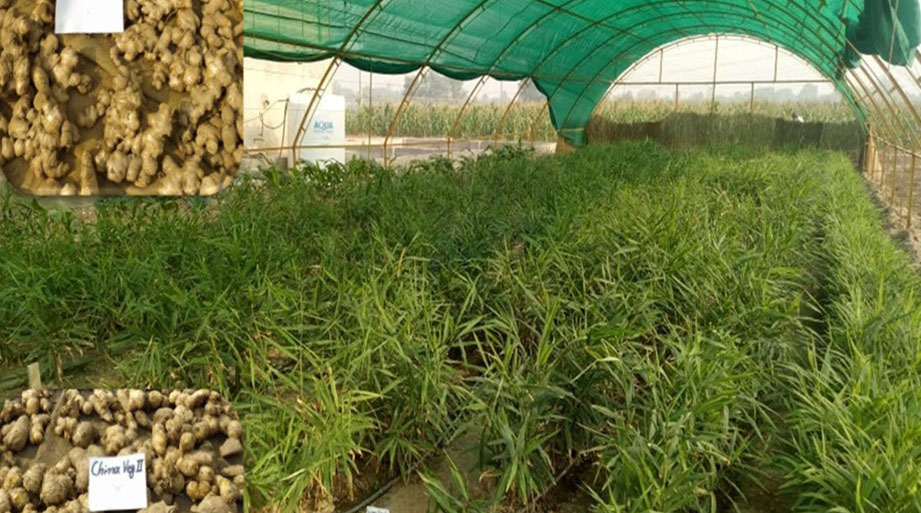 “A team of scientists including breeders, soil scientists, economists could be set up to develop new ginger varieties suitable for the local environment”, according to Pakistan Planning Commission’s ‘Cluster Development Based Agriculture Transformations Plan Vision- 2025’.

The team should interact with Chinese scientists through CPEC program to import ginger germplasm and develop appropriate management practices to achieve the target yield at least equal, or higher than the world average within the speculated period.

A Chinese survey in the past also substantiated these claims. Due to the negligence of policy makers on the improvement of the ginger value chain, ginger production in Pakistan has dried down, and the country now completely relies on its imports by spending over US$70 million per annum.

The export of processed ginger from Pakistan, which is mainly re-exported, does not compensate for its high imports. As a result, trade deficit is ballooning overtime because of the consumers’ increasing preference for ginger consumption, dwindled ginger supply from domestic sources and the increase in import prices.

According to statistics, global production of ginger recorded in 2019 was 4.1 million tons. India leads global production; however, China topped the world exports. China’s ginger cultivation area is about 30.000 hectares, with a total yield of harvested produce of more than 2 million tons.

The world export of ginger reached US$855.0 million in 2017, which is growing at the rate of 17% per annum. The top importers of ginger are the USA and Pakistan.

Pakistan imports ginger mainly from China, Thailand and India. Being a neighboring and friendly country of Pakistan, it is most feasible for Pakistan to import ginger from China.

This was the first ginger harvest piloted in Pakistan. The crop duration is 9-10 months. Chairman PARC at the workshop said that this variety of ginger has been successfully grown and tested in the field and can yield up to approximately 8 to 10 tons per acre in this area.