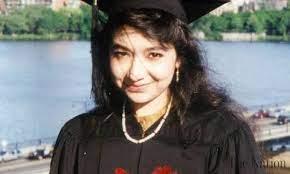 KARACHI : The Sindh High Court (SHC) on Wednesday reserved its verdict in a petition seeking directives for the government to ensure a meeting between Dr Aafia Siddiqui, Pakistani-American neuroscientist languishing in a US prison, and her family.

Siddiqui, a US citizen of Pakistani origin, was sentenced to 86 years imprisonment by a US court for allegedly shooting at US army and FBI officers while in custody in Afghanistan.

The lawyer of the Siddiqui family in his arguments said that don’t have any information about the condition of Dr Aafia for the last 2 years. A meeting can be arranged between the inmate and her family as per the jail manual, he added.

To, this the bench asked how can SHC pass orders as per jail manuals?

The court can direct the MOFA and concerned institutions for arranging a meeting, the lawyer added. The assistant attorney general (AGP) said they are in touch with the high commissioner and US authorities on the matter.

Fouzia Siddiqui, the inmate’s sister, filed the petition in the high court, demanding that the government take measures to ensure a meeting between Dr Aafia and her family in the US prison.