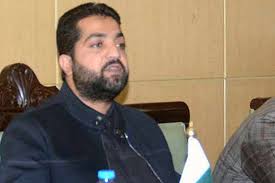 The meeting was attended by Provincial Minister for Agriculture Zamrak Khan Achakzai, Member Provincial Assembly (MPA) Asghar Khan Achakzai, MPA Shahina Kakar, Additional Chief Secretary Home Hafiz Abdul Basit, DIG Quetta Muhammad Ikram Azhar and other concerned officials. The minister was briefed about performances of their respective departments while efforts were underway to recover abducted Asad Khan who is leader of Awami National Party (ANP), improvement of law and order situation in the meeting by concerned authorities. Addressing the meeting, Home Minister Mir Ziaullah Longove said strict measures would be taken to curb crimes like kidnapping for ransom in order to ensure protection of people in the province. He said that it was top priority of the government to solve the problems of the people at their doorsteps and kidnapping for ransom would not be tolerated under any circumstances. In the meeting, Agriculture Minister Zamrak Khan Achakzai said that elimination of crime activities including kidnappings for ransom should be ensured in the province through effective action against all kinds of criminal.

He said that law and order situation and protection of life and property of the people was the primary responsibility of the government.