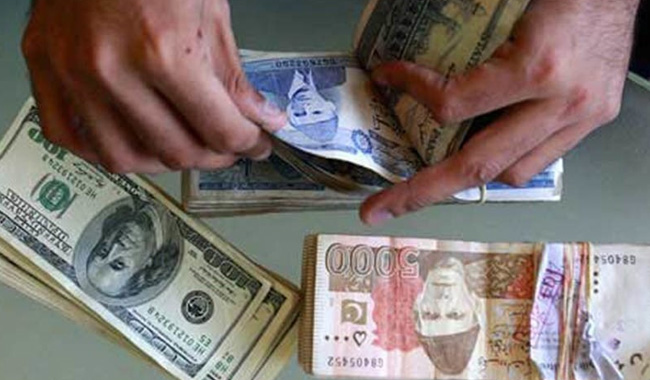 The Pakistani Rupee has lost 27pc of its value against US dollar in just one year and there is a real risk of further devaluation as hinted at by current administration. Apparently, the IMF is coming down hard on its throat with demands of not further depreciation in rupees’ value but to freely float the currency against all major international currency. This would mean no govt or central bank controls on the exchange rate and rupee’s value would be determined solely by market forces.

The rupee’s continuous slide against the greenback has all the stakeholders worried. This unchecked tumble is set to have deep repercussions on inflation and imports, gnawing at the precious little foreign exchange reserves that have already hit rock bottom. In light of coming IMF bailout that the government badly needs in order to avoid a Balance of Payments crisis, it seems even more likely that finance ministry will have to freely float the Rupee in international market.

There exist a lot of literature on the suggest economic reforms that Pakistan need to undertake to overhaul its chronically defunct economy, loosening the exchange rate regulations is one of them. But this must be done on govt’s own initiative not on the order of IMF. If the Rupee depreciates markedly further, the country’s central bank will face the difficult challenge of anchoring inflation expectations at moderate levels as warned by several banks and rating agencies.

It is hoped that PTI government has gained some ground via recent whirlwind funds raising tours of Saudi Arabia, China and UAE undertook by PM Khan have provided enough liquidity to avoid an imminent balance of payment crisis and given Pakistan room too wiggle in negotiations with IMF. National sovereignty is the most supreme value in international affairs and no country can be bossed around by international institutions for seeking their financial assistance.