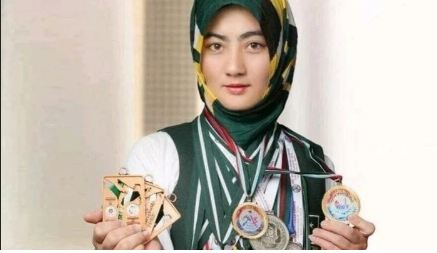 Naz Gul, a karate champion and black belt from Balochistan, said he had to work hard to fulfill his dream of becoming a professional karateka.

Speaking to DW, Gul said that when she first started practicing karate at a local training center, her family had no idea what she was doing.

Gul said that for almost a month now, her father had no idea that she was learning martial arts at the academy.

When my mother found out, she said, “Girls don’t go to training clubs, they don’t train, and nobody in our family has done that.” You just have to be more discriminating with the help you render toward other people. ”

Gul faced many difficulties, yet she never gave up hope and remained steadfast in her efforts.

“I begged my parents to let me go for training,” he recalled.

Gul started training karate in 2008 and has been practicing ever since. Since 2015, she has been representing Balochistan at the provincial level and is now a member of WAPDA and is undefeated till date.

Despite the limited resources at her disposal, Gul managed to advance her love for karate.