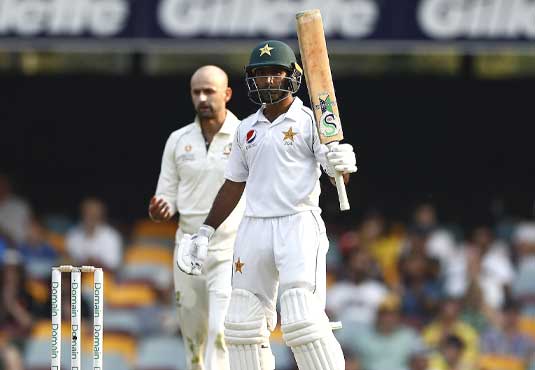 BRISBANE: Pakistan against Australia In the first test of two match series, ICC World Test Championship at Brisbane against Australia, Pakistan in their first innings were all out for 240 runs at stumps today.

Earlier, Pakistan won the toss and elected to bat first. Pakistan start the with Shan Masood and Azhar ali they played for 75 runs,

Shan masood ought by smith bowled cummins, after that Pakistan players not stand at wicket at tea break Green shirts score 125 for lose of 5 wickets.

From Pakistan side Asad Sahfique best scorer with 76 runs. Mitchel start take 4 wickets. at the stumps of the day Pakistan All out by 240 runs and four avers left of the day.

Australia beat Pakistan by innings and 48 runs in second Test

Pakistan vs Australia, First Test will be played tomorrow.