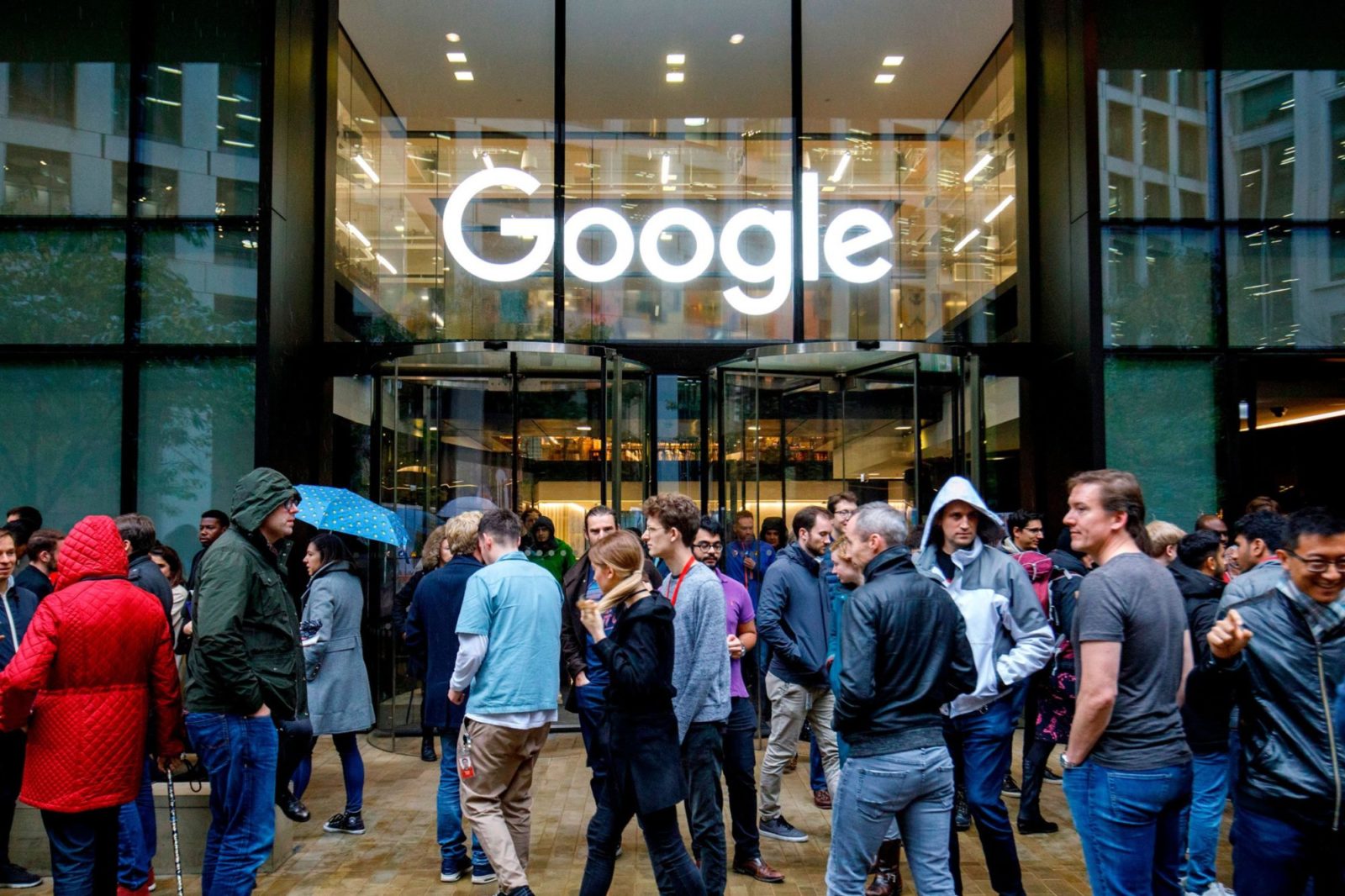 Thousands of Google employees and contractors staged brief midday walk-outs on Thursday at offices across Asia, Europe and North America to protest sexism, racism, and unchecked executive power in their workplace.

At Google’s global headquarters in Mountain View, California, hundreds of employees streamed into a courtyard. One large cardboard placard held by a worker said “Not OK ,” a reference to the “OK ” phrase used to activate it’s voice-operated Assistant.

In New York City, women and men filed out of office and silently walked around the block for about 10 minutes. A few held sheets of paper with messages including “Respect for women.”

“This is Google. We solve the toughest problems here. We all know that the status quo is unacceptable and if there is any company who can solve this, I think it is Google,” said Thomas Kneeland, a software engineer who said he has been at Google for three years.

Two blocks away, a larger crowd of people that appeared to number a thousand or more, including Google employees and New Yorkers not working for the company, filled a small park. Some held larger signs than those at the Google office, with more confrontational messages including “Time’s up Tech.”

Google employees have been getting a lot of emails from managers and colleagues to participate in the walkout recently, Kneeland said. Just around 11 AM, people started forming groups to leave the building. “We had engineers on our team bring their pagers since they were on-call, but that’s how we thought of the walkout. It’s important.”

A few hundred people quietly sandwiched on a pedestrian median near San Francisco’s ferry building listened to a fellow employee yell from a megaphone, urging people to cheer as she called out different Google office buildings in the city in a sort of roll call of protest.

Rubin denied the allegation in the story, which he also said contained “wild exaggerations” about his compensation. company did not dispute the report.

The report energised a months-long movement inside Google to increase diversity, and improve treatment of women and minorities.

Those issues have been top of mind since the 2016 election of US President Donald Trump, a Republican, stunned Silicon Valley, where liberal and libertarian policies are popular.

Tech workers have become more vocal to protest both the president’s and their companies’ stances on immigration, defense, and discrimination. Workers have said that they are driven by the sense that the technology pioneers employing them should be standard-bearers on socioeconomic issues too.

In a statement late on Wednesday, the walkout organisers called on parent Alphabet Inc to add an employee representative to its board of directors and internally share pay-equity data. They also asked for changes to Google’s human resources practices intended to make bringing harassment claims a fairer process.

Google Chief Executive Sundar Pichai said in a statement that “employees have raised constructive ideas” and that the company was “taking in all their feedback so we can turn these ideas into action”.