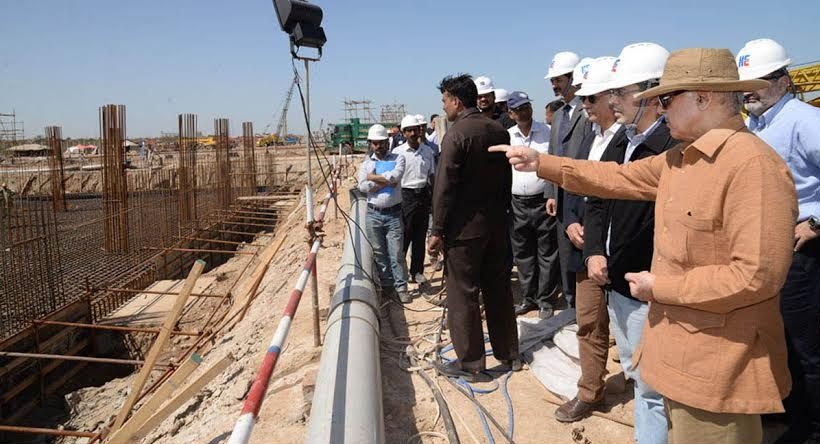 Exactly one year ago, a very seasoned and competent officer M was busy serving the then Chief Minister of Punjab. His service was attributed to the governance model that PML-N led Punjab government bragged about for one full decade. He used to get up at 7 in the morning and stays in office till 9 at night but his tasks continued for another hour or two before hitting the bed. He seemed arrogant and proud, majorly because he never attended those calls which weren’t related to his work. Around 6 in the evening, he gets a call from his wife, before she could say something he tells her to hang up if there is no emergency because he was occupied with tasks assigned to them by his department.

Now consider we clone M one thousand times, the then Chief Minister had officers of similar stature, with different skills to amplify their respective departments performance. Directly or indirectly, whoever was attached with the government was suffering through same arrogance and had annoyed his relative because he was never there for his family in time, always late for the kids’ birthdays and always unwilling to support his wife or other relatives. Contrary to it, Shehbaz Sharif who is currently in NAB’s custody for owning assets beyond means as per the bureau, had a task which was tougher than M’s duties and duties of those one thousand officers or support staff.

This man who is touted as the most workaholic Chief Minister of all time by his party used to get up even earlier than officer M and used to sleep later than him, used to eat less than officer M and surprisingly was more energetic than M. He always had two or more people for the same job because if one gets sick, he wouldn’t want to wait for him to resume the job. He was arrogant, he didn’t spare those who fail to deliver. His tyranny could be judged from a fact that he used to stop talking to those who were incompetent. He considered it waste of time to have relationship with those who can’t deliver or are just full of tall claims. His PSO and other close support staff used to work in shifts, because they couldn’t keep up with his schedule.

As said earlier, whoever was directly related to this administrator was disowned by his family and friends. What was special about those abandoned officers was they used to motivate their second in command, who then trained their 2ICs and this chain continued from government sector into the corporate world which was indirectly or directly working for the governance model. So, this chunk of population was isolated, nerds and adventurists – who experienced best of service delivery as compared to what was delivered in the province prior to that. Those ten years on the calendar were roughest and toughest for those who were committed to work because they had nothing to do but to work.

Things have changed, compared to that administrator’s rule people are at peace today. The current Chief Minister of the province is humble, down to earth and very kind. We have never seen him angry, never seen him taking anybody to cleaners for any misconduct. Those who work in his team directly or indirectly get to see their families more often now, they have resumed their social lives. Not only these officers and support staff may give proper time to their wives but to their parents too. They have started enjoying helping their spouse in the kitchen, doing their kids hair before dropping them to school.

The new officer in the new Pakistan is a more successful homemaker than the officers of previous regimes. It doesn’t mean that he skips office – He does go to his workplace regularly. But overall, an officer today is able to do more for himself than his counterpart in the past. Now the question is, the public in Punjab is satisfied with PTI’s performance or not? Though it is too early to judge but if they are satisfied then this new government is delivering miraculously because it’s not keeping their team members and officers up, and still managing to deliver on their promises.

But if the public is dissatisfied then PML-N’s narrative of workaholic administrator would be a hot cake. This is what the then Chief Minister preached that he burnt midnight oil and made his team sacrifice their social life for the sake of people, PML-N claims. So, a few hundred families or a few thousand families giving up their internal peace for the sake of half of Pakistan’s population is justified, if and only if the PML-N government is proven to be better than PTI’s current rule in Punjab. It is pertinent to mention here that, in the center Prime Minister Imran Khan has been restless and his team is always on the toes because he never takes even Sundays off.

Shehbaz Sharif was a strict administrator who infused his workaholic sprit into his subordinates and public reaped the benefits. It is yet to be seen how PTI’s relaxed working model will turn out.