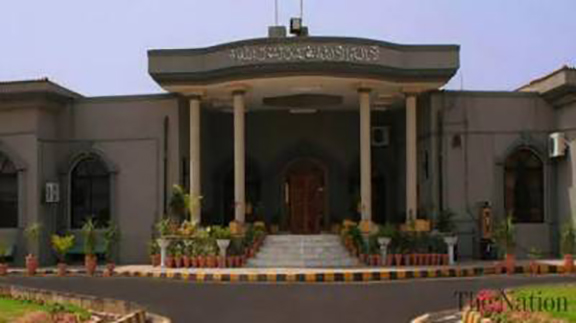 ISLAMABAD, : Making it clear that the courts’ decisions were not influenced by political narratives, the Islamabad High Court (IHC) on Friday sought from the attorney general of Pakistan (AGP) and Pakistan Bar Council (PBC) the names of international forensic agencies of repute in order to carry out the forensic of the audio clip allegedly that of former chief justice of Pakistan (CJP) Justice Saqib Nisar.

During the hearing of a petition, filed by former president of Sindh High Court Bar Salahuddin Ahmed, seeking setting up of a commission to probe whether the audio clip was really that of the former CJP as alleged by former top judge of the Gilgit-Baltistan (GB) chief court Rana Shamim in his affidavit, the court also asked both the AGP and the PBC for assistance in the case.

Chief Justice (CJ) of the IHC Justice Athar Minallah, on the occasion, remarked nobody knew where the original audio clip was.

Salahuddin, the petitioner, said neither did he any idea about the original clip.

The petitioner prayed to the court to set up an independent inquiry commission so that the truth could be sifted from the falsehood.

The CJ remarked that all these matters were related to the petitions pending in courts. “And those who have filed these appeals have never demanded any probe,” he told the petitioner.

Justice Minallah further said there was an allegation in the petition under review that the IHC benches were formed under duress so that bails could be denied to former prime minister Nawaz Sharif and his daughter PML-N Vice President Maryam Nawaz.

Salahuddin replied in negative, and said there was no such claim made in his petition. “This is the allegation levelled by Rana Shamim,” he clarified.

He further said now it was not the time to hold somebody guilty; these are the things which would be proved in an inquiry.

The petitioner told the court that Ahmad Noorani, a reporter with, had contributed the story based on this audio clip whose forensic he (Noorani) had got conducted from a firm in the USA, and had claimed it was not edited.

On IHC’s order, Salahuddin read out the forensic report and said it had been downloaded from an internet.

“Even the news channels in Pakistan aired that video clip fully knowing they might be issued the contempt of court notices,” he added.

Justice Minallah said the report could not be trusted since it had been downloaded from an internet. “Therefore, it is better to hire the services of international forensic firms,” he added.

Admitting that there were some bitter truths about the country’s judicial history, the CJ, however, made it clear there was no pressure for the formation of IHC benches in Nawaz and Maryam’s cases. “Do you have even a single proof of that?” he questioned.

And when you talk of an inquiry, the judge went on to add, it would be of this esteemed court’s judges.