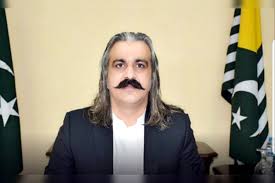 He made these remarks in connection with the death anniversary of Muhammad Afzal Guru, who was secretly hanged to death by India in New Delhi’s Tihar Jail on 9th February, 2013.

Citing an example of ongoing extra judicial killings in the IIOJK, he said Athar Mushtaq was killed by the Indian forces in the recent past. On demanding his son’s body, Athar’s father was booked under the black laws against ‘terrorism’, he added.

The minister said there were thousands of unmarked graves of innocent Kashmiris in the IIOJK, which were also pointed out by the human rights organizations.

“Kashmiris have shown exemplary resolve and resilience against Indian atrocities during the last seven decades.”

PM assures to support, social protection to the poor