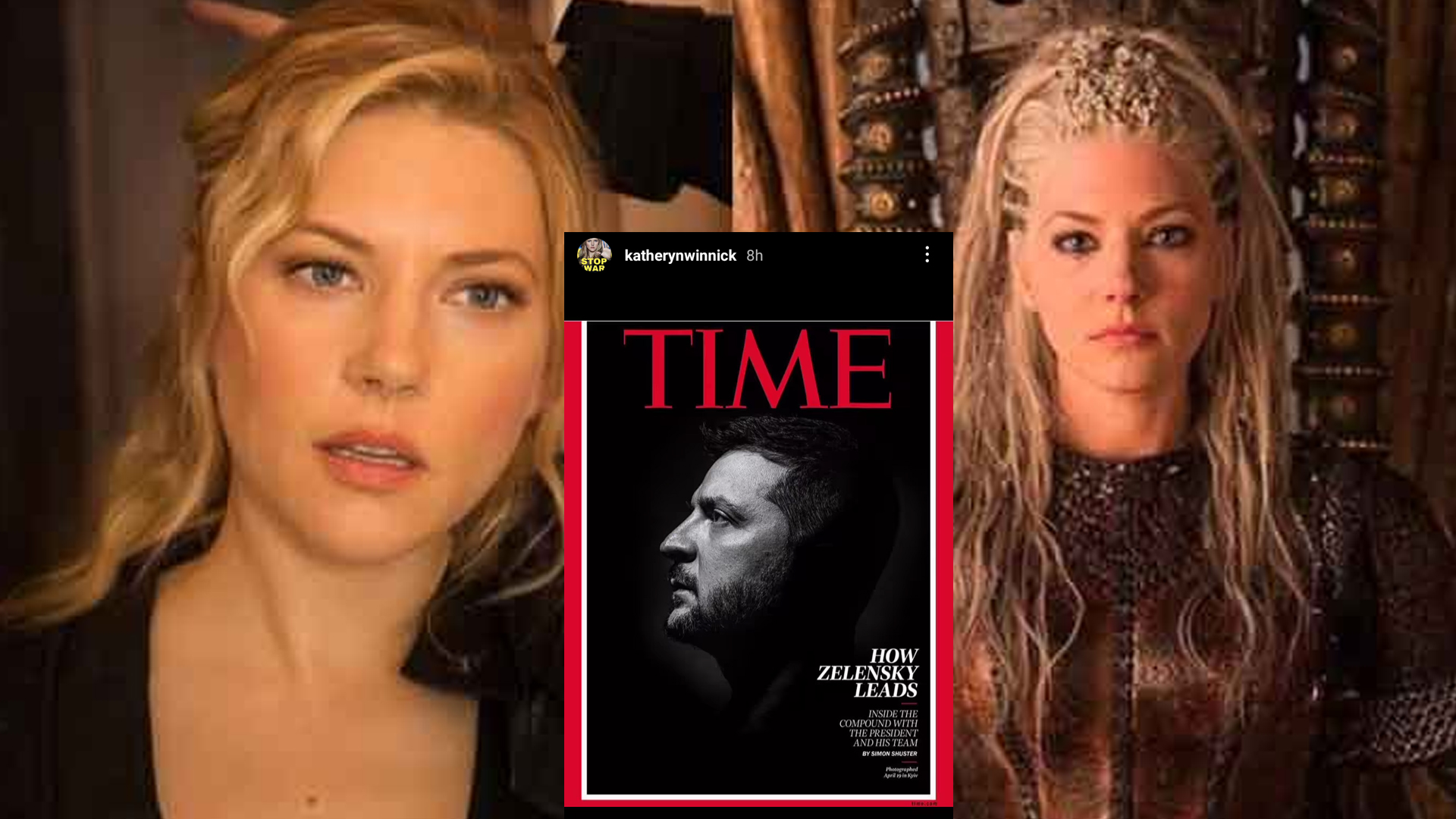 Canadian actress Katheryn Winnick on Thursday once again voiced her support for Ukraine after Ukrainian President Volodymyr Zelensky appeared on the cover of Time magazine.

Sharing the cover of the magazine , the “Vikings” actress said she stands with Ukraine .

She is currently starring in popular TV show Big Sky.Russian forces have killed thousands of people and injured hundreds others. More than three million people have fled the war since Putin’s forces invaded the country.