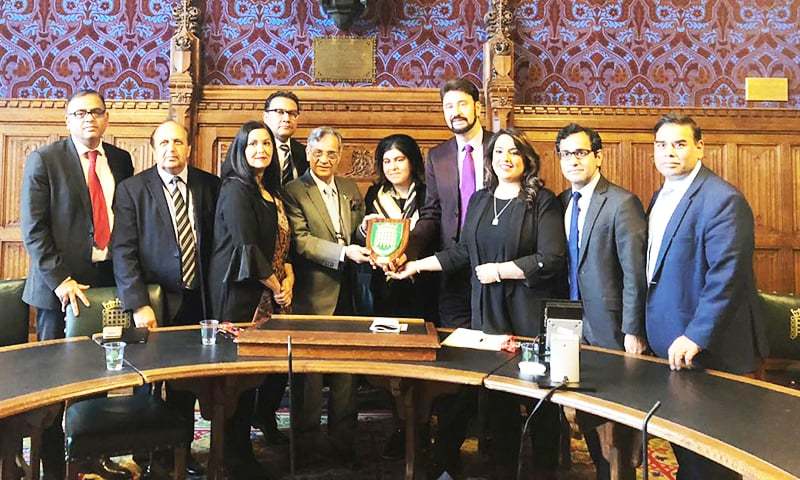 Chief Justice of Pakistan Mian Saqib Nisar said on Friday that there would be no further need for fundraising if the looted wealth stashed abroad is recovered and allocated in the Dam fund.

“People have to answer how they made Rs3 billion worth property in Dubai. The entire looted wealth which belongs to the people of Pakistan must be given to the Dam fund. There will be strict accountability if not given voluntarily,” the chief justice remarked in his address during an event for the Dam Fund at Manchester.

Justice Saqib Nisar also visited the British Parliament yesterday. Separately, he participated in a reception held in his honour by the lawyers of central London.

Talking about Pakistan’s current situation, the chief justice said that the country is prospering and justice is available on equal basis to all castes and creeds. He added that he is the chief justice of the entire country and not of a particular party or sect. “Requirements of justice are being fulfilled in the country,” he added.

Justice Saqib Nisar’s visit to the UK is aimed at raising funds for construction of the Diamer-Bhasha and Mohmand dams. He is expected to return on Nov 28.

The Supreme Court of Pakistan and the Prime Minister of Pakistan Diamer-Bhasha and Mohmand Dams fund has so far received Rs7.9 billion.

On July 4, the apex court had issued directives that the construction of Diamer-Bhasha and Mohmand dams should start immediately, and appealed to the Pakistanis — including those residing abroad — to donate for the cause.