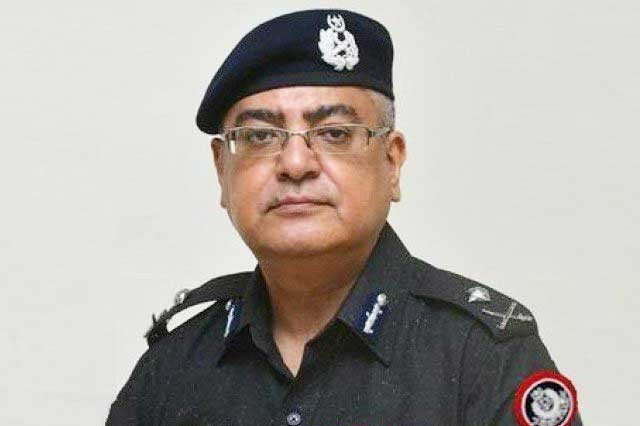 KARACHI, ): Inspector General of Police (IG) Sindh Mushtaq Mahar has been removed from his post on the directives of Chief Minister Sindh Syed Murad Ali Shah over the ongoing wave of terrorist acts in Karachi.

A notification was issued on Wednesday that Mushtaq Mahar has been directed to report to the establishment division and a BPS-21 officer Dr. Kamran Fazal has been given additional charge of the IG Sindh.

According to sources, the names of Mohsin Butt and Ghulam Nabi Memon have been considered as IG Sindh. “Kamran Fazal will remain IG until his retirement,” they said.

On February 28, 2020, the federal cabinet Friday gave the go-ahead to the appointment of Mushtaq Mahar as new Sindh police chief.

“Mushtaq Ahmed Mahar, a BS-22 officer of Police Service of Pakistan, presently serving as Inspector General, Pakistan Railways Police (PRP), under Ministry of Railways, is transferred and posted as Provincial Police Officer (PPO), Government of Sindh, with immediate effect and until further orders,” a notification issued to this effect read.

Mahar, one of the five police officers recommended by the Sindh government for the post of IG Sindh, replaces Kaleem Imam.