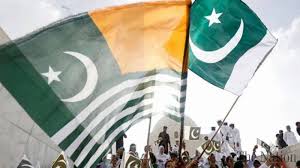 Kashmir- The land of unimaginable beauty

Kashmir was a part of the subcontinent before partition and as Pakistan and India got separated, the issue of Kashmir started. Both India and Pakistan claim that Kashmir belongs to them, which has been a bone of contention since 1947. Currently, Indian forces have occupied Kashmir and continue to inflict terror on the citizens. This almost-70 year war has resulted in the deaths of millions of people. The poor Kashmiri people, still facing the worst conditions and extreme brutality of Indian army. It remains unclear what Kashmir’s future will be, but currently the Indian forces continue to fight brutally against Kashmir nationalists because they have a lot to gain from Kashmir.

Today at 5th of February, Kashmir day is observed in both Pakistan and Kashmir, where Pakistani show solidarity with their Kashmiri brothers and sisters, who are making continuous struggles to get out of India’s reign of terror. It focuses on showing Pakistan’s support and unity with the people of Indian-occupied Kashmir, their ongoing freedom struggle, and to pay homage to Kashmiri martyrs who lost their lives fighting for Kashmir’s freedom. 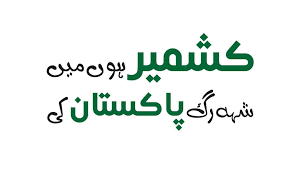 President Arif Alvi and PM Imran Khan have called upon the international community to hold India accountable for its crimes against humanity in Indian Kashmir.

In his message, the president said the resolution of Jammu and Kashmir dispute in accordance with the relevant UN Security Council resolutions and the wishes of Kashmiri people is key to durable peace in South Asia.

Calling self-determination one of the fundamental rights codified in the United Nations Charter, he said the denial of this right and subjugation of Kashmiris is the very negation of human dignity. In his message, PM Imran said Pakistan will remain unshakable in its solidarity with the Kashmiri people until they realize their inalienable right to self-determination.

He reaffirmed Pakistan’s resolute support for the Kashmiri, who continue to be subjected to an inhuman military siege and communications blockade since August 5, 2019. The prime minister demanded India give access to the international human rights organizations, as well as the international media to investigate the grave human rights situation in the occupied territory.

Although conditions were already near rock bottom in the disputed Muslim-majority region before Modi hit the national stage, but under his rule, with every passing year, they have somehow gotten worse and worse. Just when it looks like we have hit rock bottom, the barbarous mind of Modi comes up with new ways to inflict misery on the oppressed populace. From region wide lockdown to killings of Kashmiri freedom fighters, Kashmir has faced the worst   Even if we leave aside the combat deaths of martyred freedom fighters, dozens of innocent civilians have been murdered in cold blood by the Indian occupation forces. Journalists are being jailed for daring to report on the excesses of the Indian government and military. Under new laws, the government, rather than facts, will decide what is true and what is false, opening the doors for further oppression of the fourth estate, and with it, the people of Kashmir.

It is the duty of Pakistan’s government and army to take stand at least now. We cannot let the cruel carry on slaughtering our people anymore. Although Everyone wants the Kashmir issue resolved, but we have reached a point where world powers must intervene and force India to the dialogue table before we finally reach rock bottom.

As a famous quote says:

“In the time of crisis,
I was not hurt by the weapons of my ENEMIES,
but
by the silence of my FRIENDS!”