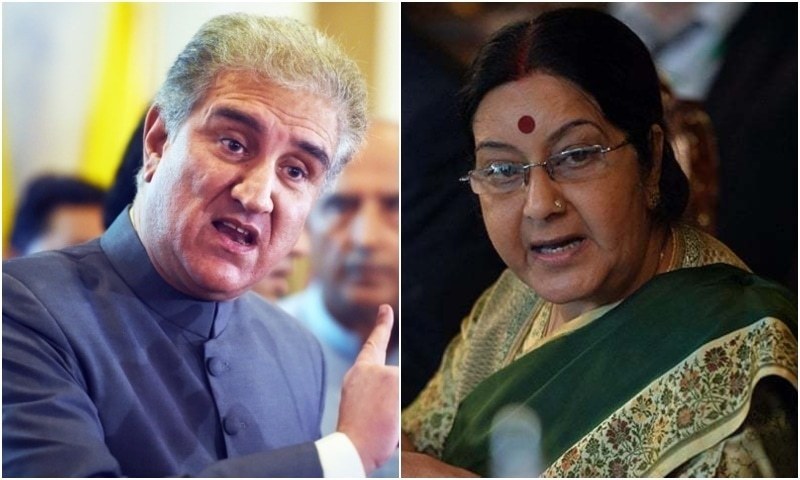 With four days remaining till the historic groundbreaking of the Kartarpur corridor for Sikh pilgrims, Foreign Minister Shah Mehmood Qureshi announced on Saturday that he has extended an invitation to Indian External Affairs Minister Sushma Swaraj to attend the ceremony.

According to a tweet by Qureshi, an invitation has also been sent to the chief minister of India’s Punjab province, Capt Amarinder Singh, and Indian cricketer-turned politician Navjot Singh Sidhu.

Pakistan has already conveyed to India it's decision to open Kartarpura Corridor for Baba Guru Nanak’s 550th birth anniversary. PM Imran Khan will do break ground at Kartarpura facilities on 28th November. We welcome the Sikh community to Pakistan for this auspicious occasion.

The ceremony will be held on Wednesday, November 28 and the groundbreaking will be performed by Prime Minister Imran Khan, according to an earlier tweet by the foreign minister.

According to a statement issued by the Foreign Office, the foreign minister said “Pakistan’s positive attitude and sincerity of intentions are there for the world to see”.

Qureshi in the statement also issued a reminder that Prime Minister Khan in his inaugural speech had invited India to sit down for talks and the policy is still in place today.

In a rare positive development in Pakistan-India ties, New Delhi had on Thursday accepted an offer by Islamabad about building a new border crossing and road connecting their respective Punjab provinces, making it easier for Indian Sikh pilgrims to visit a religious site in Pakistan.

The corridor will connect Dera Baba Nanak in Indian Punjab’s Gurdaspur to Kartarpur in Pakistan’s Narowal district where the Gurdwara Darbar Sahib — the shrine of revered saint Baba Guru Nanak — is situated, according to the Times of India.

If the Indian external affairs minister accepts the invitation and attends the ceremony, the occasion will mark the first time the foreign ministers of both countries shall be meeting since the PTI government coming into power.

The two were previously scheduled to hold talks along the sidelines of the United Nations General Assembly (UNGA) in New York in September.