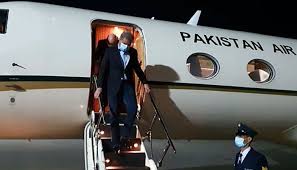 During the meeting, views were exchanged on interfaith harmony and unity among Muslims.

Commending Ulema’s services for interfaith harmony and unity among Muslims, the Minister said Pakistan has effectively raised its voice against growing trend of Islamophobia at the global level.

Meanwhile, Foreign Minister Shah Mahmood Qureshi Wednesday urged the new diplomats to maintain a closer look at the geopolitical context to ensure protection of national interests while addressing the contemporary challenges.Addressing at the concluding ceremony of 40th Special Diplomatic Course here at Foreign Service Academy, the foreign minister said the Foreign Service of Pakistan had a rich and honourable legacy of delivery for the country and its interests.Foreign Secretary Sohail Mahmood, Director General Foreign Service Academy, Additional Secretary Admin Imran Mirza and officers of the Ministry of Foreign Affairs attended the event.The foreign minister quoted Chinese philosopher Lao Tzu as saying that “A journey of a thousand miles must begin with a single step.”

He said though a cliche’ but true that Pakistani diplomacy often punches above its weight. As foreign minister, he said, capacity building including through the Foreign Service Academy had been among his foremost priorities. He expressed satisfaction that the curriculum of Foreign Service Academy had been upgraded in line with modern requirements, and stressed that “review, reform and renewal must be a continuous process”. Qureshi emphasized on adopting digital technologies, modern means and tools of communication and networking to achieve goals more efficiently and effectively.He said he wanted the diplomats to be articulate, effective team members who thought outside the box in order to find solutions and deliver results. He said Foreign Office was now speaking differently and with greater effect and mentioned employing images, graphics and videos to better communicate with a wider array of audiences. The foreign minister mentioned the functioning of specialized cells and divisions, namely, the Strategic Communication Division, the Kashmir Cell and Crisis Management Cell.

Pak to spare no effort to trace missing K2 climbers

PM assures to support, social protection to the poor